The 13 best restaurants in Edinburgh - according to the Scotsman critics

From street food to fine dining, Edinburgh's restaurant scene is one of the finest in Scotland, if not the UK, and in it you'll find some of the most exciting eateries around.

With over 2,000 restaurants listed for the city on Trip Advisor alone, any resident foodie or visitor to the Edinburgh Festival will be spoiled for choice.

Thankfully, The Scotsman's own critics have reviewed most of them meaning we can draw on their experience and knowledge to create a list of the top 13 restaurants in the capital.

13 of the best restaurants in Edinburgh There was only going to be one winner on this list and Tom Kitchin's chic Michelin-starred eatery was the only one of our top restaurants to score higher than 90 per cent.

Our premier critic Gaby Soutar reviewed the celebrity chef's eponymous eatery in 2015, waxing lyrical about everything from the decor to the desserts - which she described as "symphonies of tasty bits".

• READ OUR REVIEW OF THE KITCHIN HERE The team behind Glasgow’s popular Ox and Finch restaurant opened their first Edinburgh venture to much fanfare in October 2017 and much like its west coast counterpart, Baba lives up to the hype.

Gaby visited in December 2017 and gave the new venue a solid 90 per cent rating placing it on a par with established Edinburgh favourites like Taisteal and Number One.

In her review she raved about the haggis and harissa kibbeh and chicken shawarma as well as the Baba signature hot drinks.

• READ OUR REVIEW OF BABA HERE This popular restaurant in Raeburn Place is named for the Gaelic word for journey or travel and offers a selection of Scottish dishes carefully curated by Chef Gordon Craig and inspired by his travels abroad and "recipes from around the world".

Gaby visited Taisteal in February 17, 2017, scoring it 90 per cent she described the food as "insanely good", with dishes such as the Singapore squid and the maple and five spice Gressingham duck breast being particular standouts.

• READ OUR REVIEW OF TAISTEAL HERE Top Scottish chefs Tom Kitchin and Dominic Jack’s joint venture focuses on their "shared love of France and its cuisine", and brings a little bit of that Gallic flair to the south side of the city.

The menu features the kind of Scottish ingredients that are sure to have any mouth drooling with Loch Fyne oysters, Highland wagyu beef and a selection of North Sea favourites all making an appearance. There was always going to be at least one steakhouse on this list and in Leith's Chophouse, which opened its doors on Constitution Street in 2015, Gaby Soutar found her winner.

Offering up to 90 day dry-aged cuts of British beef,  Gaby described the rib-eye as a cross-hatched beauty that was "almost as soft as fillet” as well as praising the seafood dishes like the monkfish scampi and lobster bisque. Offering Michelin-starred dining in the opulence of one of Edinburgh's most luxurious hotels, our reviewer Claire Gardner agreed that The Balmoral's Number One restaurant deserves its reputation as one of the top eateries in Edinburgh.

Scoring it 90 per cent, Claire loved the starters like the Balmoral whisky smoked salmon with lemon butter, quails egg and caviar, and the main of rose veal sweetbread with Scottish asparagus and Madeira sauce.

• READ OUR REVIEW OF NUMBER ONE HERE The Lookout by Gardener's Cottage

Described by Gaby as one of Edinburgh's "best new restaurants", The Lookout offers not only some sumptuous dishes but also some incredible views of the east side of the city.

The newest restaurant from the team at Gardener’s Cottage on London Road, it specialises in rustic dishes with a modern twist created using seasonal ingredients.

• READ OUR REVIEW OF THE LOOKOUT BY GARDENER’S COTTAGE HERE The founder of the hugely respected - and sadly now closed - Norn, Scott Smith and his wife Laura, are once again setting Edinburgh's culinary scene alight with their latest offering.

Stripping back the theatrics and focusing simply on creating a unique tailor made experience for every diner, Gaby states Fhior is quite simply one of the "hottest" tickets in town.

• READ OUR REVIEW OF FHIOR HERE Filling the gap left by Scott Smith's Norn, Borough is aiming to fill the big shoes of its predecessor. Luckily, it's in safe hands as Norn Alumni Darren Murray takes the helm.

Offering a modern European menu featuring the likes of turbot ceviche, Veal Carpaccio and Smoked Coley, Borough impressed Gaby with its excellent ambience, service from the restaurant manager Richard Kyle and his team, and the "life-affirming" dishes.

• READ OUR REVIEW OF BOROUGH HERE 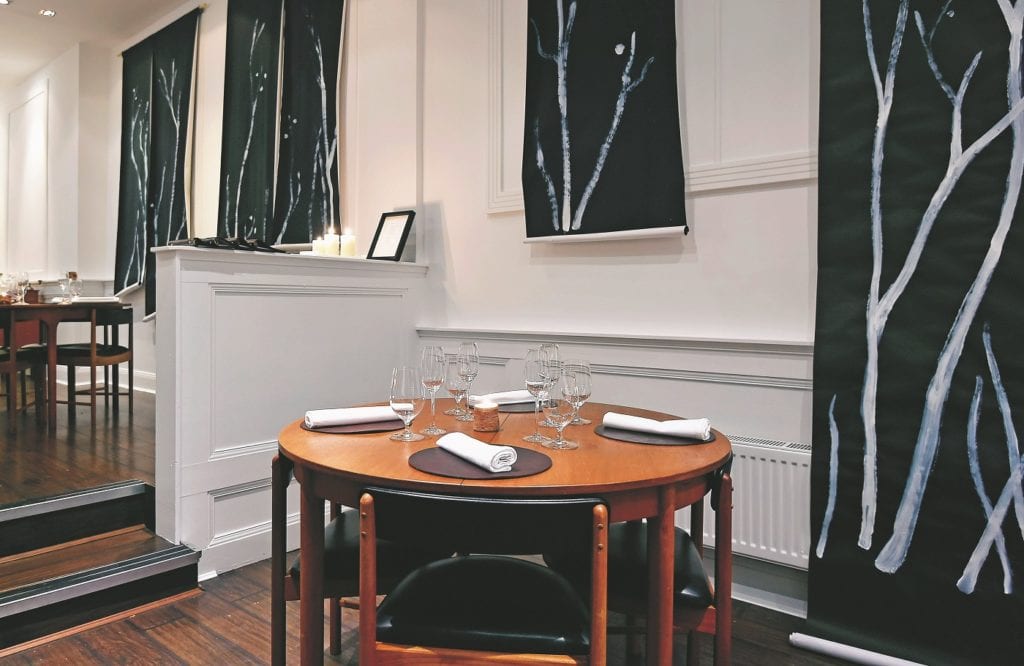 Doing things a little bit differently, Gaby notes that it doesn't have a menu as such and instead offers a surprise tasting menu that is seasonal, "mostly organic", and sources much of its produce from a 19th century walled garden in the Scottish Borders.

With five (£50) or eight courses (£80) on offer and only six tables, its usually filled to the brim with happy customers - so it's probably best to book in advance.

READ OUR REVIEW OF CONDITA HERE Located just off Broughton St on Forth Street, this small eatery which was opened by Isolde Nash & London chef Jérôme Henry has been getting a lot of rave reviews including from our very own critic Gaby Soutar, who gave it 85 per cent.

Describing the food as beautiful, and the art filled interior as stylish, Gaby loved the seafood dishes such as the Isle of Skye scallops and the North Sea cod. Locations don't come more iconic than Newhaven Pier but thankfully the reputations of the team behind The Fishmarket are big enough to match.

Roy Brett of Ondine fame and Gary Welch, owner of Welch Fishmongers, are the pair who've decided to take on the task of making this place one of the best in the capital to get seafood and boy are they doing a good job of it.

Gaby was massively impressed by the popular new venture, loving the delicious seafood and describing the fish and chips here as the "best in Edinburgh".

• READ OUR REVIEW OF THE FISHMARKET HERE Quite simply one of the most exciting restaurant groups in the UK at the moment, Nico Simeone began this innovative chain in Finnieston aiming to bring the joy of flavoursome tasting menus to the masses at prices that won't break the bank.

With themes including nostalgia, Alice in Wonderland, Thai, Mexican and the humble chippie, there's always a theatrical twist to the revolving and evolving menus that will keep diners on their toes.

Gaby described it as "playful, imaginative and irreverent" on her visit, insisting that she was already eagerly awaiting the opportunity to return and try more of the themes in the future.

• READ OUR REVIEW OF SIX BY NICO Our bonus entry isn't a restaurant per se but with the current trend for street food, we'd be remiss not to have it here.

The Pitt is Edinburgh's premier street food destination, in it, you'll find not only the city's best vendors but also some of the country's.

In fact, there's so much choice here (as well as a well-stocked bar or two) that you'll often find yourself here whiling away a full afternoon without a second thought.

• READ OUR REVIEW OF THE PITT HERE

For brunch and bagels, Gaby stated that Bross Bagels (80%) are "worth queuing for".

For some fancy nibbles, our top critic insists champagne bar, Nor’ Loft (80%), can't be beat.

Vegan specialists Mono impressed both Cat (90%) and Gaby (80%) on their visits with the Plant-based menu offering a 'wow factor' you won't find anywhere else.

Gaby says that you can spoil yourself with some beautiful small plates at Edinburgh's Merienda (80%).