Five of the best new openings in Edinburgh this year

It's been a bumper year for new restaurants in Scotland's capital.

Here are five of the best new openings of 2015 (and what our reviewers had to say about them) to check out if you haven't already – better get going, there's bound to be a whole load more on the horizon for 2016...

The Printing Press in the George Hotel fills the spot formerly known as Tempus, and while the décor is slightly confused as to whether it's Elizabeth Bennet's living room or Jay Gatsby's, the service is top-notch, the menu hearty and heritage-focused and the food is faultless – think Loch Fyne scallops with ink barley, roast wood pigeon with beetroot and hazelnut crowdie, lamb shoulder and carrot pie, and don't miss the chocolate and salted caramel pot with hazelnut biscuits. 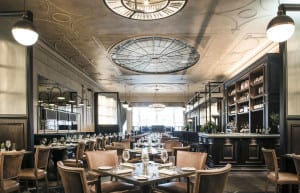 Lighter and airier than the average Edinburgh Japanese joint, with its décor a mix of the city's signature Georgian cornicing, classic Japanese lanterns, and the more modern kitsch associated with Tokyo, Harajuku Kitchen is a welcome addition to Tollcross's already (somewhat inexplicably) sizeable sushi scene, and now the best place in town to get your gyoza fix – not to mention matcha tiramisu. 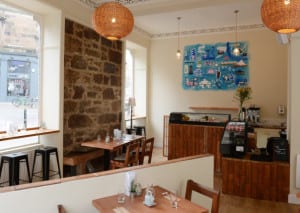 Henderson's Bistro is a much-needed addition to Edinburgh's vegan dining scene, and who better to bring it to the table than Henderson's, who opened the capital's first vegetarian eatery back in 1962.

The new vegan bistro on Thistle Street, round the corner from the original, has a menu as inventive as you would expect from proprietors passionate about making vegan dining a modern and accessible option – think chickpea pancakes with apricot pâté and sriracha, raspberry and almond salad with basil tofu, and cashew, lemongrass and coconut fritters.

A new Mexican joint is good news in a city underserved for this branch of cuisine, and El Cartel is more than welcome – particularly when one learns it's brought to us by elegant Thistle Street bar the Bon Vivant. On the same thoroughfare, El Cartel is all about authenticity (as denoted by artisan mezcal and candy-hued day of the dead skulls), with a menu of handmade tacos filled with pumpkin and kale, pork belly and pineapple, duck with chipotle pecan salsa, and sweet potato, sheep's milk cheese and pomegranate, to be washed down with a coconut margarita.

Downstairs from established French favourite L'escargot blanc in the West End things take a turn for the chilled in its new wine (and, crucially, cheese) bar Bar à Vin, where you can choose from more than 50 French wines (including a good selection of Champagnes) and an ever-changing selection of cheese and charcuterie, plus nibbles from sardines to olives, to accompany them – including Scottish produce as well as French. The overhaul of the whole premises, which birthed Bar à Vin, has seen the space transformed into a bright white and warm stone haven, festooned with lights and lamps straight out of the local marché aux puces.