Famed for its breathtaking scenery and stunning wildlife, the Isle of Skye is also home to some excellent restaurants.

From ancient inns offering pub food and myriad whiskies, to Michelin-starred fine dining, there's a restaurant for every weary traveller on Skye.

Here we round up our pick of the best places to eat on the island. 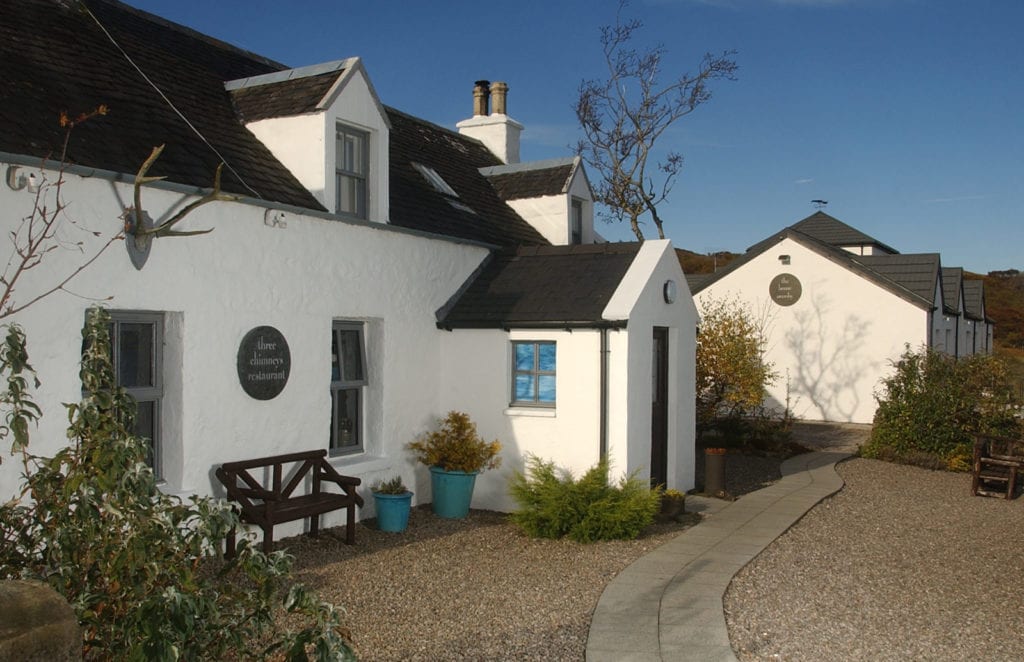 The Three Chimneys Restaurant on Skye
The restaurant and the "House over-by" on Skye. Picture: Neil Hanna.

Listed by the New York Times as one of the few restaurants in the UK worth travelling a long distance for, The Three Chimneys is renowned for its fish and seafood and stunning location. Firmly fine dining set in a modern dining room, the restaurant has been wowing critics for decades since it was opened in 1984 by Eddie and Shirley Spear.

Head chef Scott Davies has built on the restaurant’s reputation, with a tasting menu exploring the taste of Skye, costing £98 per person and featuring delicious Dunvegan crab, langoustines, scallops, monkfish and beef.

A cheaper lunch version of the tasting menu is also available at £65 per person.

The name 'Scorrybreac' translates as 'speckled rock', referring to the rugged landscape this fine dining restaurant is nestled in.

Situated above the harbour in Portree, the eatery run by chef Calum Munro serves up fresh seasonal Scottish produce, such as local wild venison, freshly caught seafood and locally grown Glendale salad leaves. The set menu is priced at £55, with an added £45 for paired drinks.

The only Michelin-starred restaurant on the island - even more impressive given it’s only been open for three years - has garnered excellent reviews from critics and punters alike. Set in the pretty village of Stein, the restaurant describes its food, prepared for you by chef Michael Smith, as contemporary Scottish with a French twist.

With a smorgasbord of quality seafood to get your mouth watering, three courses will set you back around £45 before wine. For the fullest experience, a ‘Skye Fruits de Mer’ seafood menu is available for £70 - perfect for diners who love nothing more than diving into quality lobster and oysters. Located at the edge of a native birch forest on the shores of Loch na Dal, Kinloch Lodge is headed up by chef Marcello Tully, who pays tribute to traditional Scottish ingredients. Another excellent fine dining spot which used to have a Michelin Star, the five-course set menu is £85 per person including canapés before and coffee, petit fours and vanilla fudge after.

The restaurant is also well known for its traditional afternoon tea served in the drawing room. Tuck into freshly prepared sandwiches, home-baked scones, jams, cakes and patisseries for £26 per person or £30 with a glass of fizz. Sticky Toffee Pudding at The Old School on Skye.

A mid-range option for the discerning Hebrides traveller is family-run eatery The Old School. Originally built in 1870 as a school, it was refurbished in 1985 by Maryann and Hugh Mackenzie, who passed it onto their son John.

Mains such as Beef cheek in Old Bridge beer or traditional beer battered haddock will set you back no more than £18, with starters affordable at around £6 each. Open from the middle of March, it’s a popular place so booking in advance is recommended. 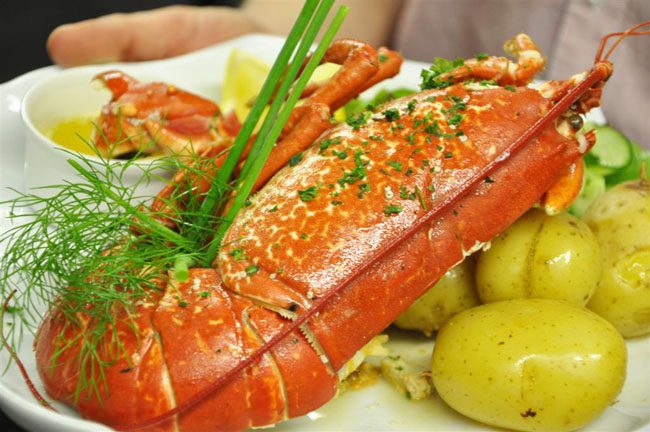 A mid-range option, Sea Breezes specialises in the very best of Skye’s seafood with plates piled high with langoustines, mussels and oysters. The building is small and cosy, overlooking Portree and the bay, making it the perfect place to drop by as soon as you arrive on the island at the ferry terminal in the town. If you’re not a big fan of seafood, there are options for meat lovers and veggies too. Chef John Brown is at the helm of Red Skye Restaurant.

Another repurposed old school - this time in Breakish - Red Skye has transformed the former primary schoolhouse into an excellent restaurant, run by Chef John Brown who has 35 years of experience cooking across the west coast of Scotland.

Another one to book ahead, starters are around £7.50 and mains between £17 and £23, with the restaurant focusing on seafood and traditional Scottish options such as cullen skink and mussels. Venison, pork, beef and red lentil burgers are also available for around £13.

The oldest inn on Skye,  dating back to the 18th century, The Stein Inn is the perfect choice for the weary traveller since it has rooms too. Utilising local produce from Skye and Lochalsh some of the items you might find on the daily changing menu include West Coast mussels, venison pie and Scottish salmon.

There’s also a lunch menu of light bites and sandwiches available in the bar as well as an affordable pub supper menu of classics such as steak, burgers and macaroni cheese. The inn houses 130 whiskies so you’ll be sure to find the perfect dram to accompany your meal.