What to expect from Glasgow's favourite 'hidden gem' pop up, which returns next month

The popular Flavabomb project kitchen is back on August 18th, and will be focusing on Scotland's land and sea in a first ever vegetarian and pescatarian menu

The Balcony Cafe in Glasgow's climbing centre on Paisley Road West has long been lauded as a great, if unlikely, place to eat.

And for the last few months it has played host to a series of pop up dining events, which have been sell out successes.

The pop up, known as the Flavabomb project kitchen, has a set tasting menu of five courses, which are kept secret until the night, with only key ingredients revealed beforehand.

After the success of the past pop ups, the team have decided to make them a regular monthly event, with the next dining event taking place on 18 August. 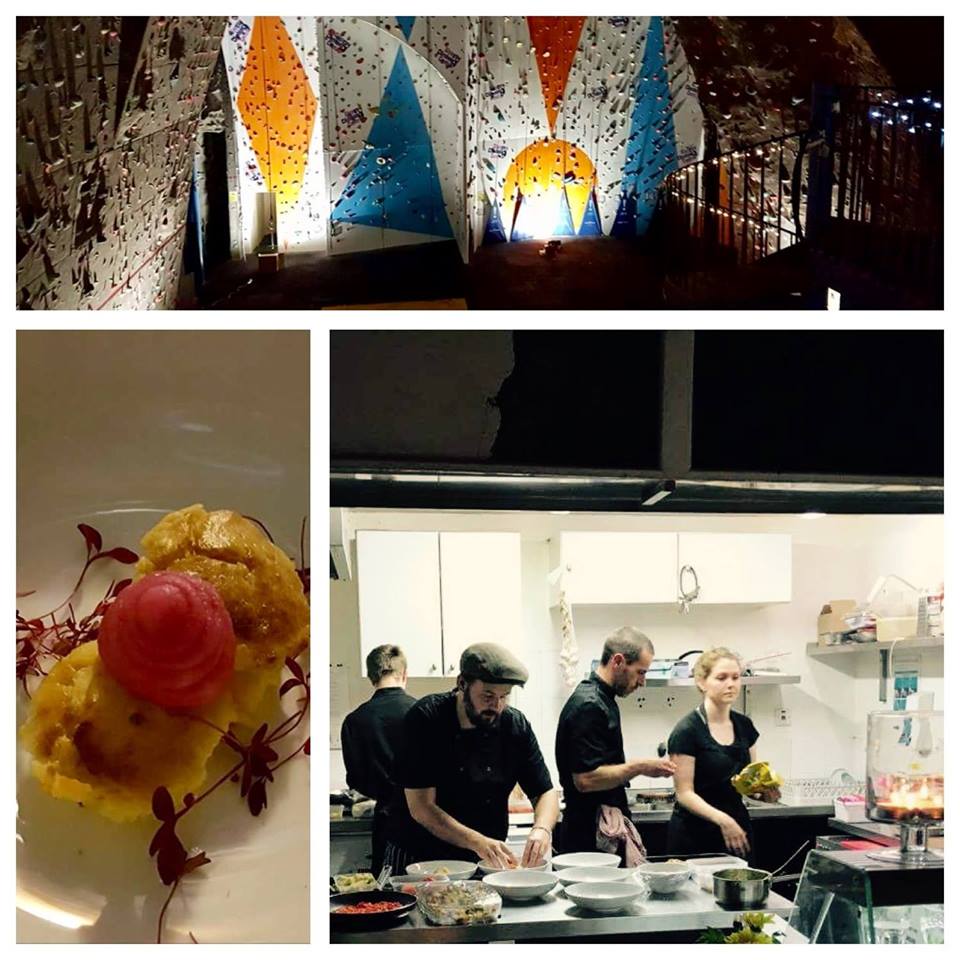 The August event will see dishes that celebrate the best of the Scottish land and sea and will offer, for the first time, a full veggie or pescatarian menu.

As advertised on the Balcony Cafe's social media, the next Flavabomb project kitchen will be five courses, costing £27 (with an extra £5 for the pescatarian menu).

A £15 deposit required for booking, and, as with the other pop ups, it is bring  bring your own bottle with corkage included in the ticket prices.

Portions are big for a tasting menu, making it great value for money as well as a totally different (and delicious) way to spend a Saturday night.

Diners will also be asked to nominate four songs each, which will be then turned into an epic playlist that will make an amazing soundtrack for the evening.

Although the staff team have the right to veto any shocking suggestions!

Speaking about the Flavabomb project kitchen, head chef Liam Mcalpine says: “The flavabomb kitchen project lets me offer an event that is the closest thing to owning my own restaurant, it puts me in charge of every aspect, from the plates to the produce even down to the art on the wall.

“I love this concept as I am a very creative person, and love the idea of creating new dishes for every event. I am all about flavourbombs, I hate it when dishes taste the same on the first bit to the last so I enjoy creating little notes of amazing flavour that stand out and make you want to go in for more. "It might be an acidic note a sweet syrup or a spicy crunch, I want to excite diners by adding something unexpected to make the dishes amazingly tasty.

"I have been known for using ingredients such as Monster Munch crisps or Buckfast as much as truffles or red wine. It doesn’t matter the cost or how prestigious an item if it works it works.”

Diners can expect an intimate atmosphere and can even get involved with the playlist. “The climbing centre is an amazing space” says Liam. “ It is a church that has had its entire contents stripped out, leaving just the walls and the upper floor balcony. "We have turned the lights down and created flashes of lights and twinkling of candles to make the venue even more special. On top of that you have a 30ft stain glass window as the main attraction.

Tickets are now on sale and, if past creations – such as Stornoway black pudding served with shallot puree, wild herb salsa verde and crowide cheese or the decadent dessert of chocolate ganache with whisky sauce, raspberry jus, shortbread and mascarpone cream – are anything to go by, this will be another sold out success.