If you're looking for a foodie weekend away in Scotland then why not head up the west coast?

While big cities have many a well-known restaurant and bars, it is the smaller Scottish towns and villages that are often home to a hidden gem or two.

This is definitely the case when it comes to Oban. The busy town, whose bustling harbour has daily sailings to islands including Mull, Iona, Staffa and neighbouring Kerrera, is an ideal location for a weekend break.

How long does perfection take? Well, we think about 65 hours. That’s how long we ferment to give our whisky its distinctive fruit and sea salt flavour notes.

Oban has one of Scotland’s oldest distillery’s, which pre-dates the town, and was established in 1794 by brothers John and Hugh Stevenson.

It underwent a refurbishment in the 1890s and there has been little change to the present buildings since then.

It still only has two pot stills, making it one of Scotland’s smallest distilleries, but it is owned by one of the biggest spirit companies, Diageo.

Daily tours take place in the distillery, which give visitors the chance to experience and find out more about the traditions and craft involved in whisky production. We took part in the one hour Sensory and Flavour Finding tour, which involved a walk around each part of the whisky-making process with a knowledgeable guide.

The tour ended with a tasting of drams of Oban 14 year old and Little Bay.

Visitors can then browse the shop and use a £5 off voucher, or head to the bar with their whisky glass gift (included as part of the tour). Picture: the tasting staves at the Oban Distillery, TSPL

After this, and keen to try more whisky, we ordered a Best of the West and an Oban tasting stave at the busy bar area.

These consisted of four drams of Oban whisky (in the Oban stave) and four drams from Oban, Caol Ila, Talisker and Laphroaig, are were a great way to sample a range of Scottish whiskies before buying a bottle or two. 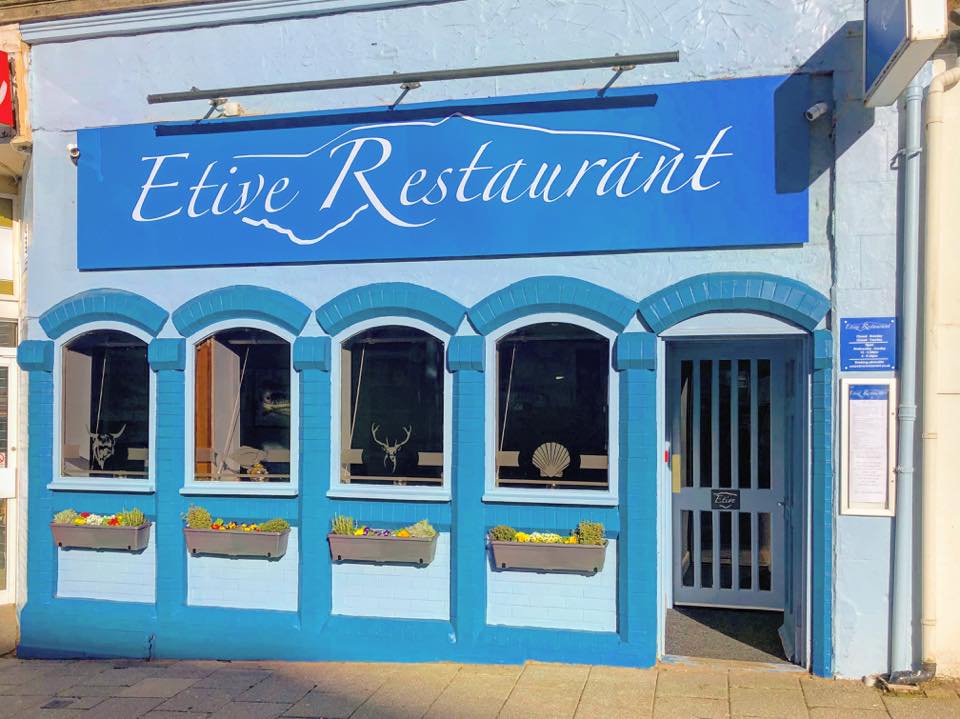 This two AA rosette kitchen was formerly in Taynuilt Guest House, but moved to its new home on Oban’s Stevenson at the start of this year.

The restaurant  established itself as one of the area’s leading eateries, winning a gold medal for its commitment to “Real & Local Food” at the inaugural Scottish Food Awards in 2017.

Chef / Patron John McNulty and David Lapsley have brought the ethos of the original restaurant “where sea meets land” to the new site, which is a showcase of John’s cooking, with affordable a la carte and tasting menus that concentrate on innovative cooking using the very best locally sourced produce.

Sommelier David has created a carefully curated wine list and offers daily changing wine pairings by the glass to match the menu.

Specialising in fresh seafood and seasonal produce, the restaurant was almost full when we visited on a Friday night.

We started with moreish homemade bread and butter, followed by a dish of fresh and light Shetland mussels cooked in Fyne Ales and jarl broth and a rich, smooth and utterly delicious chicken liver parfait topped with wild flower honey and cognac jelly and served with more fresh, homemade bread. Mains were a comforting Etive seafood pie, which was bursting with coley, salmon, hake and smoked haddock, and topped with King Edward potato; and a delicate fillet of Gigha halibut rolled in Mara seaweed and breadcrumbs and served with hispi cabbage, Linda potato and Barra surf clams.

Desserts also fall under the seasonal produce ethos and while we were quite stuffed, a shared portion of the slow poached rhubarb crumble served with vanilla ice cream and a scoop of the exquisite Sea Buckthorn homemade ice cream (which we had to try after hearing a neighbouring table exclaim how good it was) was an excellent end to the meal. We enjoyed a great night’s sleep in the charming Ranald Hotel, which is conveniently just a few doors down from Etive Restaurant.

The hotel is decorated in a modern Scottish style, with plaid and houndstooth throws, cushions and chairs in a colour palette of purples, blues and greens.

The cosy bar is where guests can tuck into breakfast or enjoy a nightcap or two. The cooked breakfast offering – served alongside Continental fare – was excellent, especially for a small hotel, and we can’t recommend the (extremely cheesy) baked eggs enough.

For those with a sweet tooth there’s pastries, porridge and pancakes also on offer.

If you’d like to walk off all that food and drink then a trip to Dunollie Museum and Grounds is a must, especially for history buffs.

The museum and grounds, which are home to the ruin of Dunollie Castle, only opened to public tours about six years ago.

For more than 1000 years, the Clan Chiefs and Lords of Lorn ruled large areas of Argyll & The Isles from Dunollie. Today it remains the ancestral home of the Clan MacDougall.

The main house is still in the MacDougall family, and work continues on researching and documenting their history and artifacts, some of which are on show in the original house. Picture: views from Dunollie Castle are worth the climb, TSPL

The castle sits in an elevated position and offers amazing views of Oban’s habour, bay and out to Mull and Kerrera. Picture: Dunollie Castle is a ruin but is being carefully restored, TSPL

After a tour, which run at 10.30am and 2.30pm, visitors can enjoy a browse in the Draper’s Shop or coffee and cake from the Kettle Garden Cafe.