Everyone loves a good internet meme, here are 15 of the funniest ones to do with whisky that we could find.

A meme (pronounced meem) is traditionally described as being "an idea, behavior, or style that spreads from person to person within a culture".

As with everything, the internet takes this cultural form and condenses it, rinses it out, twists it through the ringer and then creates something entirely new which then overtakes any preceding understanding of what the original item was.

So, whereas the word meme was previously used to describe cultural movements it's now been completely appropriated by the internet to describe hilarious one panel comics or pictures enhanced by custom text.

So, of course, whisky is loved by a broad range of people which means there are plenty of fans out there who are putting their own twist on this new internet 'art form', here are a few of our favourites:

We'll forgive the confused spellings of whisky you'll often find in different versions of this classic 'Batman disciplining Robin' meme, and just appreciate the message that the majority of whisky fans agree on: "Don't drown your wonderful whisky with coke." And it seems the overly manly man agrees... Jokes about being on a diet... oh wait, I see what you did there drunken baby meme 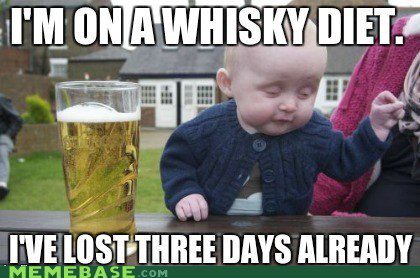 Optimism and pessimism are overrated, we prefer realism Scran season 4: Whisky smuggling to save the oceans

We laughed at this more than we probably should have 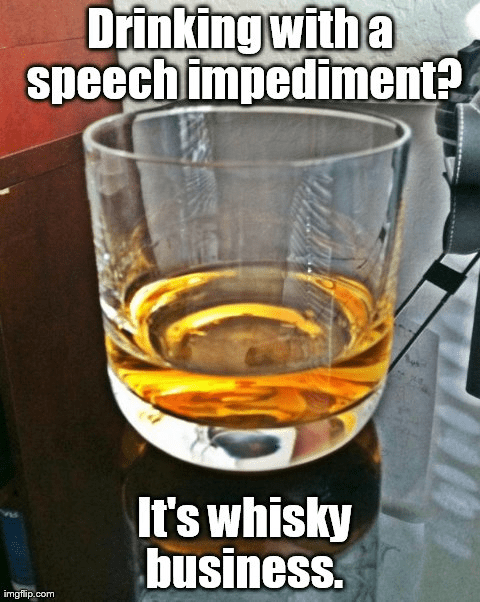 In place of Fireball insert any flavoured whisky in our eyes How every birthday should go, wise words from Archer We won't argue with you Mr. Overly manly man, sir Hard to argue with this Finally, we'll sign off with an educational meme, one that provides an important lesson.