The Calder family are on full-on Pumpkin planning mode when Catriona Thomson spoke with Lucy Calder about the perils of pumpkin growing at Kilduff farm, in East Lothian.

"It is definitely all go at pumpkin HQ right now. This year everything has been made slightly trickier by Covid 19, so it makes it all a little bit stressful," Lucy said.

Pumpkin HQ or Kilduff farm is located in East Lothian, in between Haddington and North Berwick and it is home to Lucy, her husband Russell, and their three kids, Maisie (11), Louisa (9) and Charlie (4).

Russell grew up on the family farm, but the couple took over the running of it in 2010. "In 2017 we decided to plant some pumpkins as a diversification project to get our children involved in farming," Lucy added.

Lucy explains the decision: "It is quite difficult for children, to be involved in farming, and we became aware they weren't really involved in any of the day to day running of the farm.

"They didn't do anything with their daddy on the farm, so we were really trying to find something we could involve them in, where they would learn a wee bit about farming.

"How it all works, how things grow - and it has kind of gone from there, now everyone is on board with this crazy pumpkin journey that we are now on,"  she said. Their children all love Halloween, and they were definitely on board very quickly. "But by the 31st October the have seen enough pumpkins" laughs Lucy.

Lucy explains: "it is a real family-run thing. It is not just about Halloween for us.

"The kids help choose which ones we grow, plant the seeds in springtime, then help to water and pick them.

"It is difficult this year but in past years they have welcomed customers, pushed wheelbarrows. It is great for them to be involved and to see the business side of it.

Our eldest is keen to do the tills herself next year."

Russell and Lucy first tried growing pumpkins on a test patch in 2017, before opening up the pick your own patch to the public the following year.

Lucy said "we are still pretty new to it and finding out what varieties suit the unpredictable Scottish weather."

This year they are really concentrating on the culinary varieties, trying eleven different eating varieties as well as five more traditional Halloween carving ones.

The plants are all given spooky names like, Harvest Moon, Mars, Knucklehead and Wicked, Tractor, Mashed Potato, Kabocha, Jill Be Little, Festival and Crown Prince which is Lucy's favourite. Lucy added: " it is definitely not an easy thing to grow especially in Scotland, they are very tricky, and we have had lots of sleepless nights over the pumpkins.

"This year, the dry spell in spring wasn't great for them, because the plants need to establish and six weeks of no rain at the crucial planting stage wasn't ideal.

The most stressful point this year Lucy said: "was during the six weeks of lockdown when the weather was gorgeous and everybody was out enjoying their paddling pools, but we were trying to work out how on earth we will feed and water our pumpkins."

The Calders are on a mission to convert everyone into pumpkins eaters.

Lucy explained: "it became obvious that people didn't know how to cook pumpkins, and lots of people didn't even know you could eat pumpkins. So we decided to go down the culinary pumpkin route. "

Top chef Tom Kitchin is a fan of Kilduff, as he recently tweeted an image of their pumpkin tiramisu dessert.

Lucy said: "it was very cool, he seems hugely on board with what we are doing, as do a lot of his team, so that has been a real highlight this year."

Lucy has been picking the brain of a food specialist to create some interesting recipes, which she plans to share on their website, including pumpkin granola, which is made from toasted pumpkin puree.

"We are really trying to push the boundaries with what you can do with pumpkins. We want people just to use them, they are such a great ingredient.  Seasonal and delicious, and good for you," Lucy said.

The youngest Calders get to sample a lot of pumpkin recipes and Lucy admits: "they are quite vocal about what they like and don't like.

"My 4-year-old is not on board with the pumpkin revolution. He screws his face up quite a lot and he is just over pumpkins in general. The other two love it, but it depends on how you cook them."

Lucy explains more: "pumpkins are good for you. They are incredible and packed with nutrients and goodness, and antioxidants, plus they are high in fibre which means they are great for gut health, plus they have slow-release good carbs, and high levels of vitamins,  Vit A + C."

The Calders begin the process by sewing the seeds in April before they go into the polytunnel, for some tlc, which gets them really well-established, before planting out around the end of May into the fields. Then hopefully harvested anytime from mid-September till the end of October.

On the picking patch, the Calders mainly grow traditional carving Halloween pumpkins, but all the tickets for this year have already sold out.

Lucy said: "everyone has a different preference about which pumpkins they want. People are quite intrigued to see them growing in the field, and the experience is completely different from going to the supermarket."

They have big plans to double the size of the culinary pumpkin patch and grew more varieties next year. Lucy explains that "It is really interesting working with chefs, including Tom Kitchin and Kaori Simpson." On the farm, the main crops are wheat, oats, and beans, but Russell is looking at what else they can grow, but biodiversity and regenerative farming are key to the plans.

Lucy said: "I think there is a huge movement with that now. The soil is the most important asset for farmers."

Diversification is also key and in addition to their pumpkin crop they have also branched out with a self-catering house and some longer-term lets on the farm.

They turned old storage sheds into commercial units, and now a beautician and Fidra gin are based here, which Lucy explains, " is very handy. "

She also said: "for the last two years we have had bees with the Scottish Bee company, they look after them, and we then have our own honey to sell on the patch."

Normally the Calders host a big party to thanks all their family friends and staff at the end of the season but Lucy said, "Covid is going to put a dampener on that this year, so I think we will probably be having time just the five of us maybe with sausages around a fire on the patch or something like that." Look out for tasty recipes on www.kilduff.co.uk

Lucy is from Edinburgh and originally studied law at Aberdeen University, where she met Russell who was studying land economy.

She said: "We work really well together, I think if you'd asked me ten or 15 years ago if I wanted to work with my husband on a day to day basis I'm not sure I would have said yes.

"I think we both have different skillsets and qualities that complement each other."

The downside she explains"is getting the balance between work and home life. It is tricky sometimes, but how can you get stressed out about pumpkins?"

Lucy and Russell are on a mission to start a pumpkin revolution.

Lucy explained: "traditional Halloween varieties are grown to get big and orange, and not much else so they will have a much higher water content than the culinary one varieties.

However, the culinary or winter squash pumpkins are grown for texture and taste. Lucy said "the culinary varieties look completely different from the others."

In general, they are much smaller and have harder skins which allows them to be stored for longer, until after Christmas if they are store correctly.

Lucy said " it has always surprised us why people don't use them quite so much because they  can last for so long."

Next year they will expand the storage shed to extend the eating season, and Lucy adds "if we can grow them in Scotland and have them  locally produced, then that is a wonderful thing."

The food waste associated with Halloween is a real horror story, but at Kilduff all the pumpkins are harvested and then stored, with the leaves being ploughed back into the soil.

Any surplus are then sold at the bottom of the road with the proceeds going to charity, or sent to local food kitchen or to another farmer for his pigs, Lucy said, " so the hogs get to dine out on pumpkins for a few days." 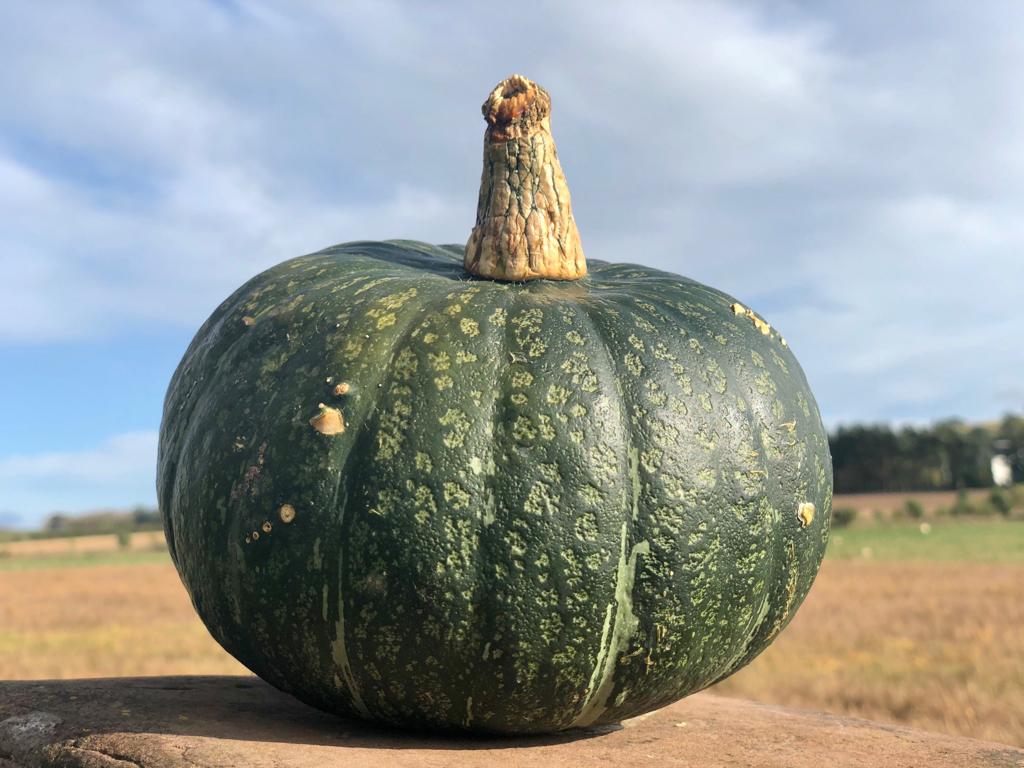 • LISTEN TO MORE: Scran season 2: Down at the pumpkin patch

Scran season 2: Down at the pumpkin patch