Make your own bread in Garnethill

It can sometimes be hard getting to know your neighbours when you live and work in a big city.

By: Rosalind Erskine
Published: June 16, 2017
Categories: Food, In the News

But residents of Garnethill in Glasgow are looking to change that with their community bread oven, set to be built in a local park.

After a series of pop up events, including a pizza cooking rocket oven, the aim of which were to bring the idea of bread baking into the park, the money for a permanent communal bread oven was crowdfunded and the project is going ahead with, building starting next week. With donations of sandstone, metal rods and wood from the restoration of the famous Mackintosh building - sadly partly destroyed by fire in 2014 - at the Glasgow School of Art, locals expect the oven to be up and running soon.

Residents will be trained on how to use the oven but for anyone concerned about safety, there's a procedure plan in place.

The oven doors will be locked until opened for a specific firing, which will be led by at least two of the three members of the Garnethill Community, who have been trained in the supervision, running and maintenance of the oven. The community hope that, through the regular action of baking bread the oven will create a space that is shared and cared for. And the local sense of ownership and connection with Garnethill Park will be strengthened by the oven’s presence and use.

Speaking to Glasgow West End Today, the force behind the project Eleanora Jaroszynska said: "the building for the permanent oven is still in the works but for the pop up events, I put up a load of posters in the area and invited people to bring their own dough to the oven to be baked. It's basically a community baking event. "

"The idea came about because of my own relationship with bread, I think it's a fundamental thing. It started by being on a diet for the last nine thousand years! Making a good bread with people is just one of the most rewarding things." 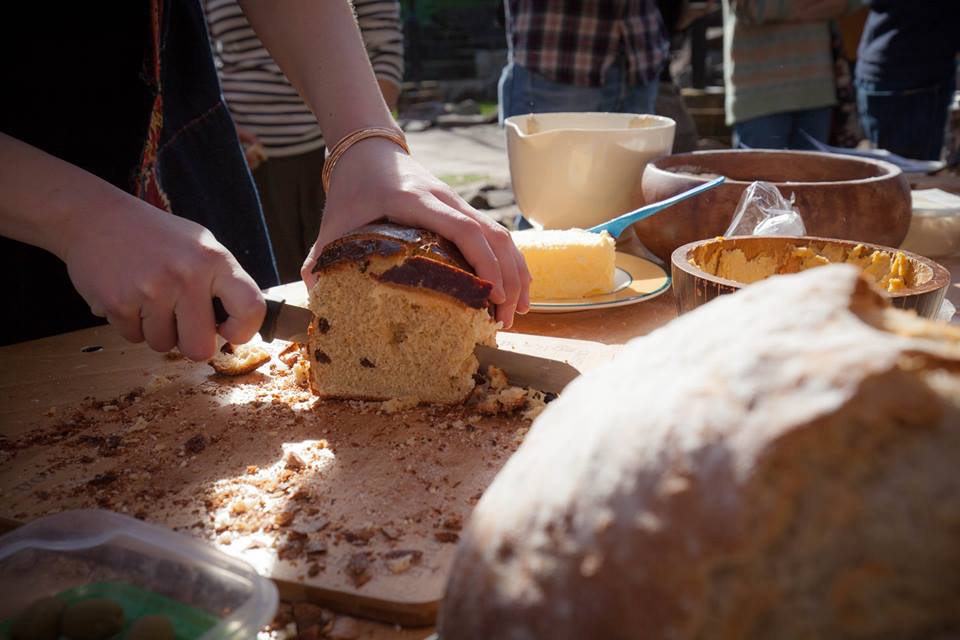 Eleanora studies Sculpture and Environmental Art at the Glasgow School of Art and in 2015 she spent six months in New Mexico and the South West on the Land Arts of the American West course, where she baked her first loaf of bread in the ground on the embers of a fire.

Day in the Life: Ceramicist Borja Moronta tells us about his day

Her relationship with bread baking has grown and now in collaboration with Friends of Garnethill Green Spaces (FROGGS).