Curious to try peated Scotch whiskies but don't know where to start? We've picked out five of our favourites that are perfect introductions to smokier single malts.

First off, you'll probably notice a theme here and that is that a lot of the peated whiskies we feature in this list won't come from Islay, the reason for this has nothing to do with quality and everything to do with easing yourself into the category.

Most of the big whiskies from Islay such as Ardbeg, Kilchoman, Lagavulin and Laphroaig can be overwhelming if you aren't used to that peated flavour and so we thought it best to pick out some of those whiskies from other regions that have a slightly lower PPM (phenol parts per million - kind of like a Scoville Scale for peat instead of heat) and are slightly more approachable for someone starting out on the road to smokiness.

This small batch peated whisky from everybody's favourite Speyside distillery offers a drier, less medicinal smokiness than what you'll find from many whiskies from the islands, though at 67ppm it still mixes it with big boys, don't worry though it is surprisingly affable - think smoked fruits doused in vanilla. The first of our Islay malts sits somewhere in the middle of the peatiness scale and it is a full-bodied but well balanced malt that will introduce you to that brinier variety of smokiness that you'll find in a lot of the Islay Malts.

As perfect for warming you up on a cold night as it is for sharing by a campfire on a warm summer's night. Balvenie is better known for its luxuriously sherried single malts or its experimental cash finishing than it is for its peated whiskies but when they brought out their Peated 17 Year Old in 2010 it was a bit out of left field,- but boy was it a cracker.

Thankfully they've since followed up with two more peated versions and the Peat Week is our choice over the The Balvenie Peated Triple Cask purely down to the fact that its a little easier to find.

The Speyside distillery now produces peated whisky for one week a year – the so-called 'Peat Week', and this little beauty is the result mixing honey and smoke to great effect. It might be named after a mythical monster that supposedly terrorised the village of Tomatin for centuries but there's nothing scary about this delightfully smooth peated malt.

Matured in a combination of ex bourbon, ex sherry and virgin oak casks, it's light and creamy with just a teasing hint of smoke. 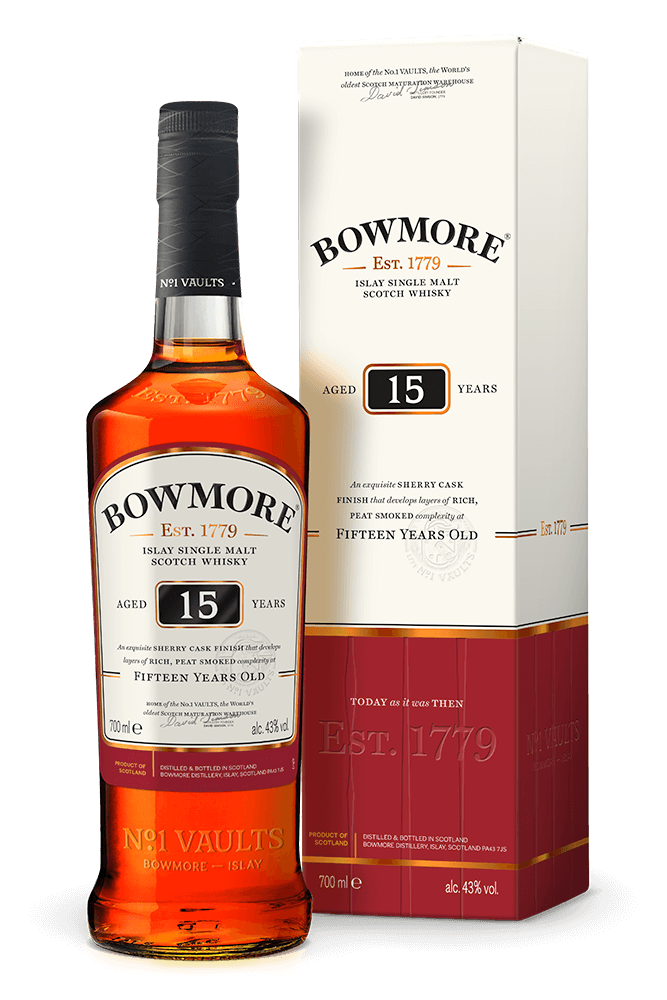 This year's whisky of the year for Whisky Exchange, Bowmore 15 is the second of our Islay choices and sees Bowmore whisky matured in an combination of both bourbon and sherry casks, with the final three years spent in Oloroso sherry giving it an intriguing mix of toffee, fruit and peat that will have you coming back to tease out different flavours every time.