10 of the best traditional Scottish treats

It'll come as no surprise that as a nation Scotland has something of a sweet tooth, here are 10 of our favourite Scottish sweet treats.

Traditionally, in Scotland, there were few things more exciting for children than a trip to the local sweetie shop, where they could pester the wee man or woman behind the counter for a bag of something from one of the brightly coloured jars behind the counter.

For adults too, a chance to sample a slice of black bun or piece of shortbread at a relatives is the perfect way to cap off a stressful day at work.

Scotland has a long history of sweets, treats and desserts, here are 10 of our favourites - and no deep-fried Mars Bar doesn't feature. Probably one of the most famous foodstuffs from Scotland - possibly only slightly less well known than haggis - shortbread is a favourite around the world and rightly so.

The ubiquitous tartan tins of buttery biscuits make the perfect gift and are a favourite for any occasion - though traditionally they were associated with Christmas, Hogmanay and weddings.

The first printed recipe for shortbread originated in 1736, though traditionally it dates back to medieval times and was a favourite of Mary Queen of Scots. The sweetest of Scottish treats is one that is never forgotten once tasted. The crumblier, grainier stablemate of fudge, tablet is a childhood favourite that is best kept for special occasions due to its unusually high sugar content.

Made using sugar (lots of sugar), condensed milk and butter, references to this popular sweet go as far back as the early 18th century. Sweet and sour in equal measure Soor Plooms - Scots for "sour plum" - were a favourite of School children (and many adults) across the country for their deliciously sharp flavour.

Supposedly originating in the Borders town of Galashiels, the wee green boiled sweets are said to commemorate a battle in the town in the 14th century, in which an English raiding party were undone by a batch of unripe plums. A riotous medley of fresh rasberries, whipped cream (or crowdie cheese, if you’re a traditionalist), honey and toasted oats - usually served in a glass - Cranachan is a uniquely Scottish dessert that celebrates the country's access to some of the best soft fruits in the UK and is perfectly paired with a dram of whisky (which is often added to many recipes). Not to be confused with its English counterpart, Edinburgh rock is a deliciously soft confection that is made using with sugar and cream of tartar.

Like a tasty crumbly chalk, Edinburgh Rock is named as a play on Castle Rock in the capital. Produced by local manufacturer Ross’s, which has been producing Rock since 1880, it was thought to have originally been created in the 19th century by Alexander Ferguson – also known as “Sweetie Sandy”. 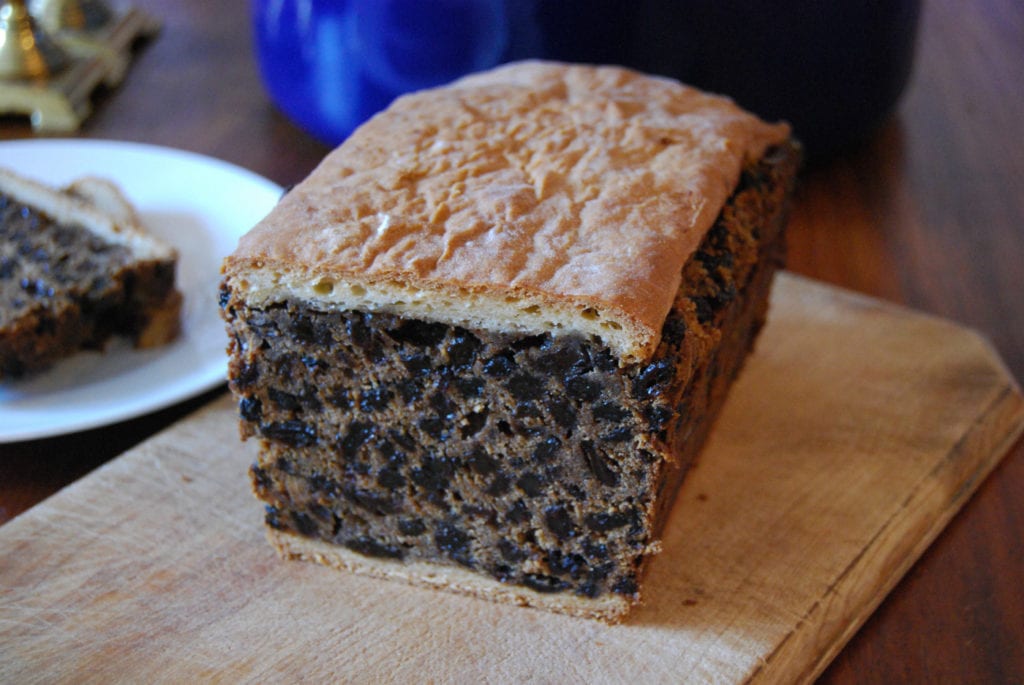 Part of the popular fruit cake wave that runs through much of Scotland's history, the Black Bun is synonymous with Hogmanay and is usually part of the tradition of first footing.

Loaf like in appearance, it's a rich treat made using raisins, currants, spices and black treacle and it's filled to the brim with subtle spice flavours. 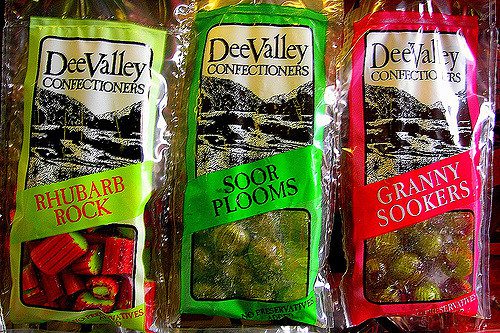 Another boiled sweet that's a childhood favourite, the weirdly titled Granny Sookers are so named - depending on who you speak to - because they are a peppermint flavoured treat your granny would love, or because when you suck on them you draw your cheeks in making you look well, like a granny. Another of those famous Scottish fruitcakes the Dundee Cake has been made in Dundee and the east coast since the early 1800s, where it is a hugely popular treat.

Tracing its origins to a story about Mary, Queen of Scots, who supposedly inspired the creation of the cake after it was discovered she didn't like cherries in her fruit cake.

Made using the inevitable cherry replacement, in this case almonds, along with sultanas and candied peel, it's a deliciously rich treat that's perfect for sharing among friends and family. Sure to be the only sweet on here made using potato, Macaroons (not to be confused with French favourite Macarons) are made using mashed potato, icing sugar, chocolate and toasted coconut.

According to Lees, it was their founder John J Lees who first created it when trying to produce a smooth chocolate fondant bar - god only knows why he was using potato.

The Borders is filled with regional sweets, with many famous Scottish treats originating there - Hawick balls, Berwick cockles and Moffat toffee being just a few of them - but one of the most popular is the Jethart Snail.

Supposedly, the recipe was brought over during the Napoleonic Wars by French prisoners of war, with the snail being a peppermint boiled sweet that's shaped to look like snails.