5 of Scotland's most remote pubs and how to get there

Scotland is home to some of the most remote bars and pubs that can be found anywhere in the UK.

Many of these watering holes can only be accessed on foot or by boat, but those who make the effort usually end up finding their drinking experience is just that little bit more rewarding. 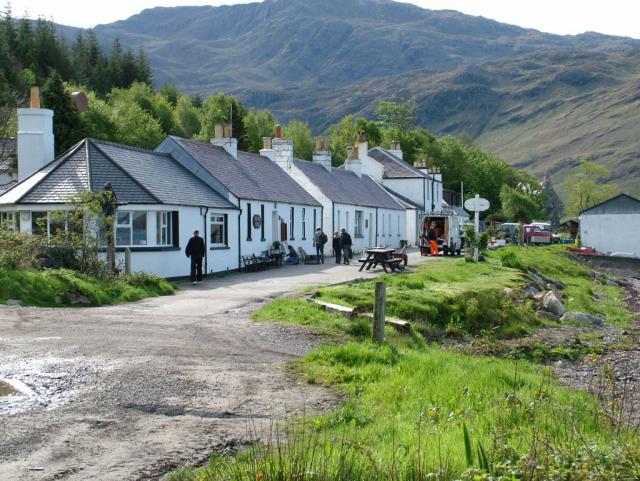 Recognised as not only Scotland's most remote pub but also the UK's, The Old Forge, which can be found on the Knoydart peninsula, is only accessible by foot (unless you take a boat from Mallaig) and the shortest route there is an 18-mile hike over munros.

Despite the efforts you have to go to to get there, it has a regular stream of visitors who enjoy its traditional vibe, lively atmosphere, impromptu ceilidhs and the stunning views of Loch Nevis. A big hit with lovers of the outdoors, the Glenuig Inn can be found squirreled away on Scotland's beautiful and rugged west coast near Mallaig.

Lying at the end of a small ‘no through road’ and an eight mile cycle from the nearest train station, the Inn has one of the best 'Getting Here' sections of any pub's website we've visited, offering advice on not only getting there by walking and cycling but also on reaching the bay in which they are located by fishing boat, kayak, dinghy or yacht (for which they also have moorings). It may involve a trek and a half to get to the Applecross Inn but the scenery en route is almost as rewarding as the end destination itself.

With more awards than the number of pints we can sink in an all day session, and found at the heart of some of the most beautiful scenery the country has to offer – the Applecross Peninsula – the now famous Inn has become something of an attraction for anyone seeking to drink in one of the best pubs in the highlands and it's easy to see why.

Run by the UK’s Landlady of the Year, Judith Fish, this wonderful pub offers amazing seafood, great beers and even the occasional barbecue (when the weather is good), as well as some truly stunning views. Considered to be one of the most stunning islands in Scotland, travelling to Fair Isle involves around 17 hours by sea from the mainland (or if you're lucky a 25 minute flight from Lerwick) but once you get there you can enjoy some of the most spectacular views you'll find anywhere in the country.

Luckily, at the island's Bird Observatory you'll also find the well-stocked - but tiny - 'Good Shepherd bar', which has a range of Shetland and Orkney ales, wines, spirits and soft drinks on offer.

The comfortable lounge offers accommodation, amazing views of the island's beloved landmark, Sheep Rock, and of course wifi, meaning you can share your photos of the spectacular vista that surrounds the observatory. The Puff Inn serves MOD staff based on Hirta, the largest island in the St Kilda archipelago. Picture: Ian Rutherford/TSPL

Even more remote than the The Old Forge, the Puff Inn can be found 100 miles off the west coast of mainland Scotland on Hirta Island.

Referred to as the ‘islands at the edge of the world’, the St. Kilda archipelago is home to MOD staff working at a missile monitoring station and occasionally volunteers from the national trust as the island's inhabitant's were evacuated (at their own request) in 1930.

The Puff Inn was originally built as a canteen for military staff in the 1960s and these days has a clientele of around 20 people.