10 of the best bars in Glasgow

Glasgow is often described as the drinking capital of Scotland and with good reason. With so much variety on offer, it’s really difficult to go wrong in the Second City, with everything from traditional boozers, to cool, chic bars and indie dives on offer to the city’s patrons.

Choosing just one place to go might be difficult, so why not read our list below for some pre-night out inspiration: While cool bars and unique drinking spots dominate Glasgow’s pub culture in 2017, it’s heartening to see venues such as The Laurieston thriving.

Walking through the doors of this Bridge Street stalwart is like walking into a living time capsule, the only indication that time has passed in this pub is the photographs of Glasgow through the years adorning every inch of the wall.

Inside, a friendly crowd of regulars sit hunched over pie and beans and relatively cheap pints of great beer (they won CAMRA's Glasgow Pub of the Year award in 2013 and regularly stock cracking real ales).

This is as close to a traditional Glasgow boozer you’re likely to find and there’s something very pleasing about knowing it exists. 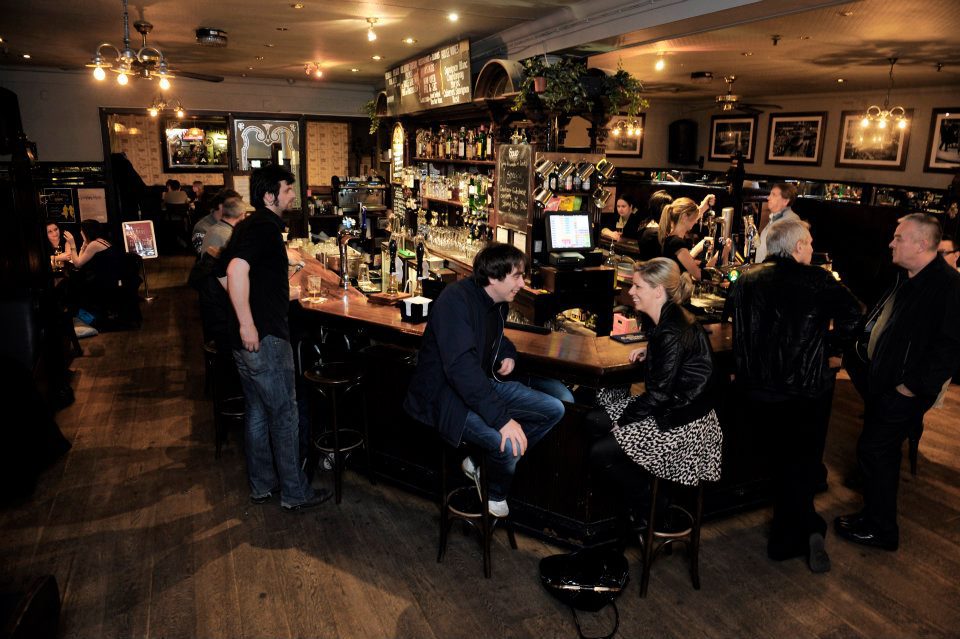 It’s no secret to the people of Glasgow that Sloans is the oldest bar in the city - the enormous 'Established 1797' sign on the side of the building is hard to miss - however that doesn’t mean the city institution hasn’t moved with the times.

Set out over three floors with a restaurant on the bottom and a grand ballroom on the top hosting a weekly Ceilidh every Friday night, Sloans has a diverse and extensive drinks menu ranging from a vast selection of beers, ales and whiskies to unique and innovative cocktails.

They also screen a range of films every Tuesday on a large screen in the grand ballroom with an “Eatfilm” deal ensuring you get a meal with your choice of flick.

WEST on the Green All of their concoctions are created in house, with patrons offered the opportunity to enjoy their pint in full view of the working brewery - tours are also offered.

Eight of WEST’s finest creations are always on tap, including the flagship St Mungo and hugely popular Hefweizen and Munich Red, with a range of beers on seasonal rotation, meaning there’s always something new to try.

WEST make a big play of their family friendly approach - children and dogs are welcome - while their food menu is varied and extensive.

Walk through the doors of The Pot Still and you will instantly become aware of why this pub is often heralded as one of the city’s premiere whisky hotspots.

Almost every inch of wall space is taken up by a selection of more than 600 varieties of the national drink - with whiskies from the likes of Germany, Japan and Australia thrown in for good measure.

The friendly and knowledgeable bar staff are near unparallelled when it comes to finding you a dram you haven’t tried yet - and they’re not shy about sharing their favourites either.

It’s also home to the city’s one of the few ladies-only whisky clubs in the city, known as The Pot Still Whisky Girls, who meet once a month for tasting events. Empty. Gaff. Hoose party; Whatever you want to call it, grabbing a sizeable amount of drink and heading to a house/flat somewhere in the city is interwoven into the fabric of Glasgow life.

It was only a matter of time then, before some enterprising group of people decided to put this well-loved tradition in bar form.

Thankfully it now exists and in this Bath Street flat - which has actual bathtubs hanging from the ceiling for people to swing in; no we’re not kidding - a rotating pool of resident DJ’s are there to serve up good times until the small hours - with no risk of the party being prematurely ended. The original Kelvingrove Cafe opened its doors in 1896 as an ice-cream parlour, but in 2013, the owners decided to take it back to its Victorian roots.

The shabby-chic frontage has been retained, while inside a more refined theme runs throughout the decoration including sophisticated Chesterfield booths and a brass bar from bygone era.

Cocktails are on a seasonal rotation - and include a variety of bizarre and unique ingredients including caramel popcorn - meaning there’s always something new to discover on a menu that constantly shifts, while wines and beers are sourced from small vineyards and local breweries giving the whole place a local feel. A staple of the Glasgow nightlife scene, this grungy part bar, part music venue is ideally located on an energetic stretch of Sauchiehall Street opposite The Garage.

Sleazy’s stocks a range of drinks that belies its small size, while the cool, American dive bar-style setting is the perfect backdrop for a night out.

The upstairs bar is surprisingly spacious, while the resident black and white Russians are a must for anyone stopping off for a drink or two.

Downstairs, the music venue provides an atmospheric if slightly claustrophobic setting, with a number of local and touring bands usually found on stage. Settling into The Bon Accord for a drink, there are two things you need to know.

Firstly, their selection of beers, real ciders and ales is second to none, they have over 900 different beers from the UK alone and a vast array of bottled beers from all over the world.

Secondly, they offer a dram for £900. An ultra-rare, 77-year-old bottle of Glenlivet takes pride of place behind the bar, one of only a hundred produced by independent bottlers Gordon and McPhail.

Luckily, if you don’t have £900 in your pocket to splash out on whisky, the bar offers a wide selection of other drams for as little as £3, perfect for any budget then. For the one day of the year when the sun breaks through the clouds and shines over Glasgow, there are few better places to head than Inn Deep.

The riverside terrace overlooking the Kelvin is the perfect place to sink a few pints while enjoying the sunshine and - as it’s owned by the William Brothers brewery, creators of craft beer favourites Joker IPA, Good Times and Midnight Sun - there’s plenty to choose from.

A number of guest beers and ales also line the bar, while inside, a massive screen adds to the Great Western Road’s litany of places to catch a bit of live sport.

Food is in abundance too, everything is handmade and there are plenty of veggie options so no one will go hungry. The William Brothers are prolific when it comes to creating a haven for craft beer lovers, even if it means doing so under the nose of the biggest brewer in the country.

Surrounded by the enormous Tennent’s Wellpark brewery complex, this joint venture between the two is a craft beer oasis.

With over 200 different craft bottles from all over the world, as well as 24 beers on draught at the bar and an on-site microbrewery churning out one-of-a-kind, limited batch tipples, it’s not a stretch to say you won’t drink the same beer twice.

There’s no Tennent’s to be found either, and the enthusiastic and knowledgeable bar staff will even let you try a few before you buy.