As a student, some of the best lessons are learned not in the lecture hall or library - but in the pub.

With this in mind, here's a guide to crawling through some of the cheapest and best-loved student spots in Glasgow's city centre. Yeah, we know – no student wants to spend more than a fiver on less than a pint. No question, your student loan will go further elsewhere in terms of sheer volume.

But The Doghouse is a place to pay that little bit extra, order something really nice and savour it a little.

As such, you definitely want to position it at the start of your crawl route, when the savouring centre of your brain is still fully operational. While you're in the Merchant City area – the de-facto hub of the city's vibrant LGBTQ+ scene – you would be remiss not to swing by one of Glasgow's many excellent queer joints.

Situated in a vast basement space beneath John street, Katie's Bar offers a great selection of pints, mixers and cocktails - all at student-friendly prices.

For those in search of entertainment, it also plays host to a range of cabaret and drag nights, with the latter having featured several Ru Paul alumni in the past.

If the Doghouse was best suited to a slow-paced, reflective beverage, Tingle is the yin to its yang.

It offers a wide range of cocktails, mixers and food deals suited to a longer stay, but the main event here is the illustrious shots menu.

Shimmering from behind the bar, the shots board features all kinds of madcap shooters for students with brave hearts and solid stomachs to work their way through.

White chocolate liqueur, whipped cream, buckfast and absinthe all make their way into Tingle's arsenal of quickfire drinks. Most infamously, the “Bushtucker Trial” even contains an actual mezcal worm. Best of all, they all cost £1.50. This two-tiered bar offers 25p chicken wings, a solid drinks selection, student discounts and a number of giant screens for sports fans looking to hunker down in front of the game.

But The Ark is really at its best when the sun is shining and its vast beer garden comes into play.

A particular favourite of post-exam students looking to settle their nerves, there are few more atmospheric spots in the city than outside The Ark on a lazy summer's day. Lurking underneath the Mean City's surface with an ironic smile and a finely trimmed moustache, this underground hipster hideout has been a paradise of kitsch décor, pop culture paraphernalia and shabby chic style for years.

Open late every night, it boasts a range of quiz, comedy and club nights, as well as a menu full of vegan goodness and cheap booze promos.

Throw in a substantial student discount on all food bills, and The Duck is one of the must-hit spots for Glasgow students. Speaking of vegan food, you're going to need to consume something solid at some point on your trail, so why not indulge in some of Stereo's conscientious cuisine?

With one of the city's premier music venues in its basement, the top floor is a bar with a laid-back vibe and a great selection of drinks.

On the food side of things, their all-vegan menu has something for everyone. College is the time for testing you moral convictions and strengthening your social values – over at Stereo you can do so while enjoying a burger.

Also, their chips are some of the very best in all of Glasgow. Anyone looking to grab a slap-up meal on a student's budget need look no further than BLOC+.

Each day of the week features a different item on special – from Pasta Mondays to Kentucky Thursdays and BLOC+dog Fridays.

For those looking to hold on to their eco-friendly convictions without blowing a hole in their bank account, BLOC+ also offers a full vegan breakfast featuring tofu scramble and vegan sausages. 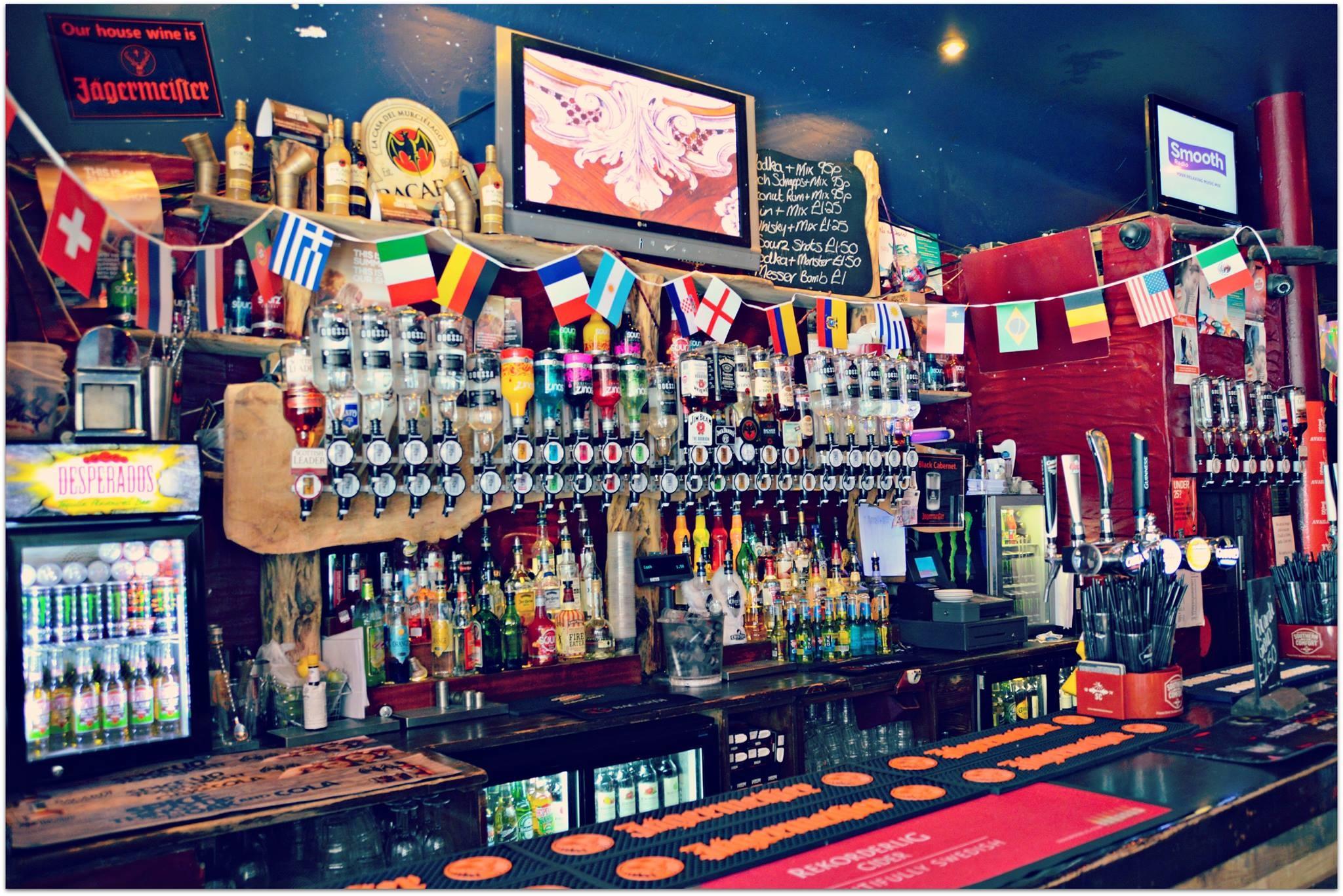 The nirvana of broke student drinking, Driftwood is a promos paradise spilling over with cheap drink deals.

We could talk about the bar's unique ambience, cosy leather booths or rustic, woodsy décor. We could shout out their creative range of cocktails, slushies and other colourful beverages.

But the true appeal of Driftwood, the aspect that has made it an iconic part of Glasgow's student landscape for years, can be best summed up in just four words: Since you've wandered this far up Sauchiehall Street in search of a cheap measure, you might as well go a little further and pay tribute to the god of drinking on the cheap – Charles Bukowski.

While he wasn't known for being choosy about his liquids, his namesake boasts a gantry holding more than 80 whiskies.

Combined with the bar's sultry lounge aesthetic, it's the perfect place for aspiring authors looking to ruminate on their crushed dreams and inner demons. Open till 3am all through the week, Nice N Sleazy is the perfect place to dodge the clubs' maddening crowds without giving up on the night altogether.

Boasting a range of cheap Russians (both black and white) as well as a wide array of other temptingly-priced drink options, this legendary Glasgow bar is the perfect place to relax and round out a night.

If you happen by a little earlier in the day, you'll also be able to sample some of the delicious dishes coming out of Koko's Japanese Kitchen.