Irn-Bru 1901: release date and where to buy the original recipe limited edition drink

Since altering its recipe in 2018, Irn-Bru has become one of the most divisive Scottish drinks around

Once ardent fans now label the new, reduced sugar variant of the bright orange juice "pish", while others stick up for its sugar tax avoiding contents.

But now fans can enjoy the soft drink as it was back in the days when it launched, as a limited edition release based on its 1901 “old and unimproved” hits shop shelves.

Dubbed Irn-Bru 1901, the new/old version has been created using a recipe from a handwritten book stored deep in the company archives for over 100 years and is described by the firm as “like nothing anyone has tasted before”.

Barr's research and development experts have worked to “lovingly recreate” the time-old recipe using the modern equipment at Barr’s state-of-the-art factory in Cumbernauld.

While Irn-Bru’s secret flavour essence remains unchanged, the 1901 recipe won’t contain any caffeine. However, it will have a “frothy head” on its “gingery fizz”, and will be sweetened with sugar to produce a “rich satisfying taste”.

It will also faithfully only be sold in 75cl glass bottles, just as it was back in the day, and is priced at £2.

Robin Barr, who unearthed the recipe, said: “The 1901 recipe has aged beautifully over the last 118 years.

“For a limited time we’ll be producing a premium ‘old and unimproved’ Irn-Bru 1901, just as it was enjoyed by our first fans.

What about the packaging? 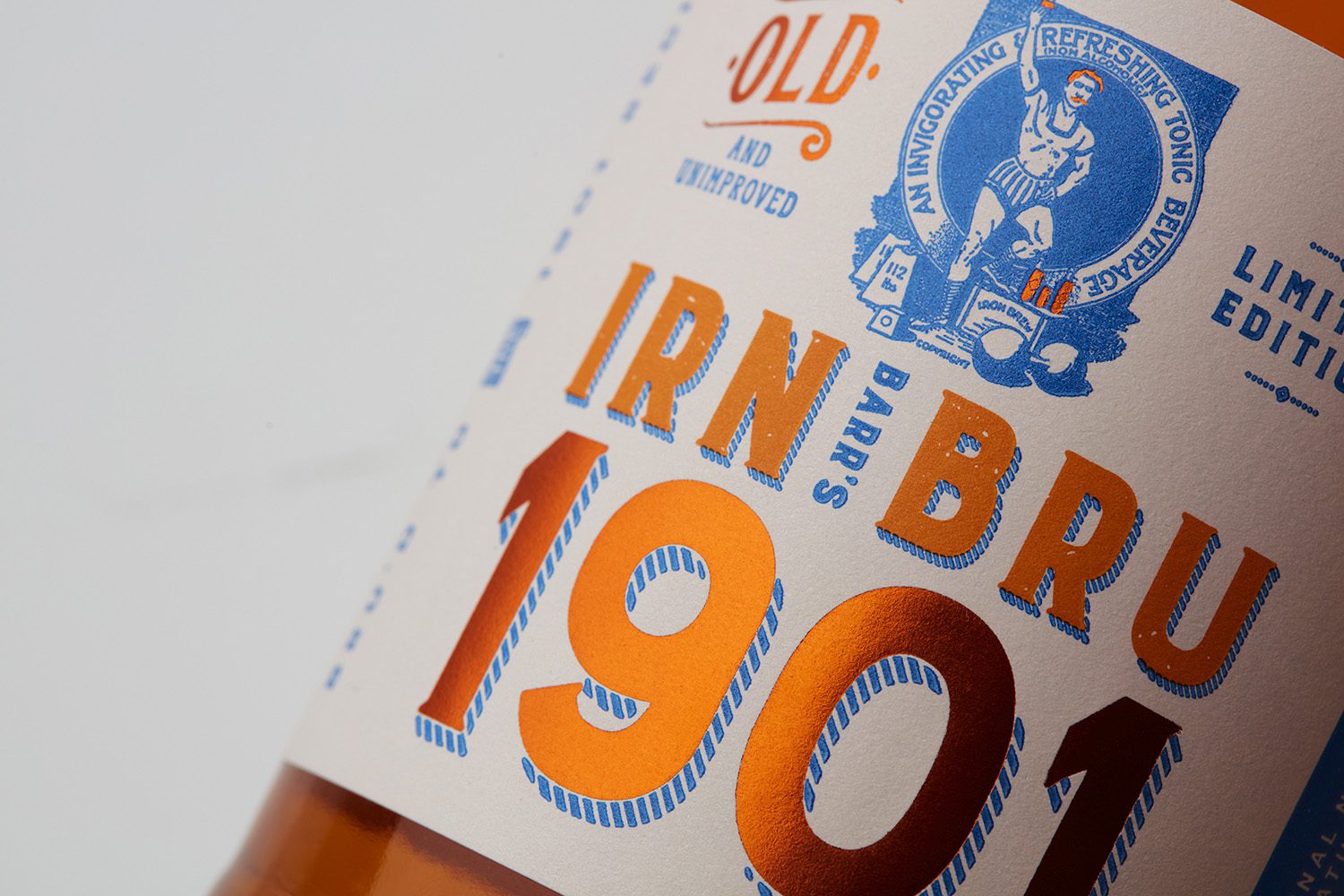 Taking cues directly from the ginger soft drink as it was in 1901, the new limited-edition packaging, designed by Story UK, features the Irn-Bru strongman and an authentication from creator Andrew Greig Barr in homage to its Edwardian-era advertising.

Where can I buy it?

Irn-Bru 1901 can be found in any good shop where you would normally find regular Irn-Bru.

From supermarkets to newsagents, off-licenses to corner shops, there should be no shortage of places you'll be able to find it.

It will likely prove popular, with Barr's move to reduce the sugar content of Irn-Bru leading many fans to call for a return to the original recipe, or at the very least, the creation of an original version at a higher price.

There were social media campaigns to push for the return, and original recipe cans of the drink selling for up to £5 on sites like eBay.

But Barr has said that the limited edition 1901 is not simply a rebranding of the original full-sugar version.

When can I buy it?