We all love the traditions of the festive season, but how much of the Christmas story is based on fact? Read on…
Jesus was born on December 25
The truth is, no one knows for sure. The Bible does not give a date – or even a month – and while, yes, Jesus could have been born on December 25, it’s highly unlikely. What the Bible does say is that during Jesus’ birth, shepherds were in their fields. But here’s the thing, it’s cold in Bethlehem in December and nothing much grows there then, so it was normal to shelter their sheep and stay wrapped up indoors. Also, the Bible says Mary and Joseph were travelling to take part in a census. Back then, the censuses usually took place in September or October. As such, most scholars agree that Jesus was born sometime near the end of September.
The Three Wise Men appeared at Jesus’ birth
As per the Book of Matthew, the wise men came from the east to Jerusalem bearing gifts of gold, frankincense and myrrh for the baby Jesus – but it never specifies how many of them. There is also no mention of baby Jesus while he lay sleeping in a manger.
Christmas is the most important Christian holiday
No, actually, it’s not. Sure, Christmas is the time when Christians celebrate the birth of Jesus and it’s undoubtedly a very important event. But Easter, which commemorates Jesus’ rising from the dead into the eternal life, is much more celebrated around the world. The Easter season lasts about two months, much longer than Christmas.
Christmas is a peak time for suicides
It’s often said, but there is no truth in this whatsoever. Research suggests there is no real peak in suicides over Christmas, and that increased social interaction has the opposite effect and makes people feel more cheery and positive. Boxing Day is for boxing up unwanted presents
Many people reckon that Boxing day is the day to box up all those pressies you don’t want and return them to the shops. That might be what many people do nowadays, but it’s not where it all came from. Boxing Day actually began in the Middle Ages in the UK, as this was the day that churches opened their collection boxes, from which they would distribute money to the poor.
Prince Albert invented the Christmas tree
Tradition suggests that the husband of Queen Victoria brought the Christmas tree to England from his native Germany for the first time in 1848. There is evidence, however, that people in Britain had already been observing this tradition for around 100 years previous to this.
Jesus was born in a stable
That’s been the official line for hundreds of years, but is it true? The story goes that Jesus was born in a barn, surrounded by farm animals and shepherds because there was no room at the inn. Minister and biblical scholar Reverend Ian Paul insists Jesus Christ was not born in a stable, but in a busy room in a family home. He says the misconception comes from poor translation of the original Greek text, which made it sound as if the birth took place amid farm animals in a barn or stable. The Greek word ‘kataluma’, he says, was wrongly translated as ‘inn’. He says the word actually means ‘private room’ or ‘lodging’.
Xmas is a sacrilegious abbreviation
That’s what’s claimed by many Christians, who get upset to see Christmas shortened to Xmas, thinking it’s taking the ‘Christ’ out of Christmas. Thing is, the ‘X’ is simply a substitute for the Greek word Chi which represents Christ. There is no intention of causing offence. 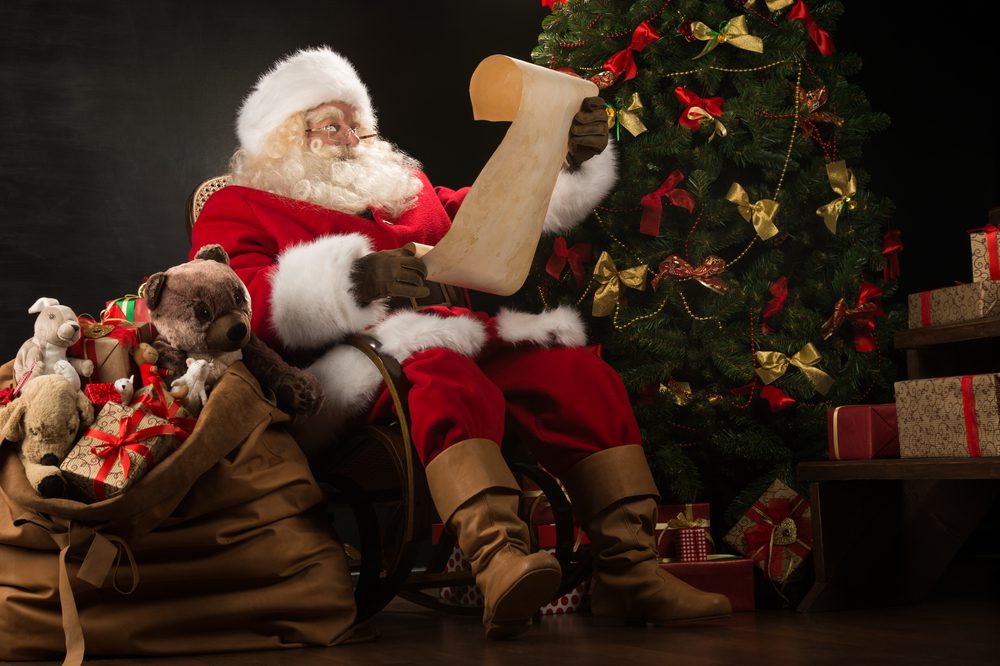 Santa Claus Is St Nicholas
Nope, different fella, folks. St Nicholas was in fact a bishop in Turkey during the 4th Century who would leave money in the stockings of poor people. December 6 is St Nicholas Day. Some time much later, Europeans morphed St Nicholas into Father Christmas, who them became Santa Claus.
Jesus was an only child
Although Jesus was the only child Mary had as a result of a direct work of the Holy Spirit, there is no basis for suggesting that she and Joseph did not have further children by natural means. In fact, the Bible makes several references to Jesus’ brothers, indicating that he grew up surrounded by siblings.
Jingle Bells is a Christmas song
We’ve all heard the ‘Jingle bells, jingle bells, jingle all the way’ tune, and it’s become one of the best-known Christmas songs there is. Thing is, it’s not even a Christmas song. Well, it is now, but it wasn’t meant to be. It was written for American Thanksgiving. American composer James Lord Pierpont penned the song in the 1850s for his Sunday school class. It was originally titled One Horse Open Sleigh. Eventually, the lyrics were changed to fit Christmas.
The modern image of Santa Claus was invented by Coca-Cola
In 1931, Coca-Cola commissioned artist Haddon Sundblom to create images of Santa Claus drinking from a bottle of Coke. Sundblom’s depictions of Santa became hugely popular, but it’s not accurate to say Sundblom invented the modern image of Santa. By the early 20th Century, Santa was already commonly being depicted as a fat, jolly, red-suited man with a long beard. Besides, a greeting card drawn by Louis Prang in 1885 shows a Santa who is practically identical to the one we know today.