The pop-up food stalls at George Square are always popular with festival-goers during the Fringe.

But if you fancy trying something new this year, there are lots of unique pop-up restaurants and foodie events to check out across the city this August. A collaboration between Toasted Radish and LarderBox, Roam is a pop-up restaurant (open from 7th to 11th August inside Leo & Ted coffee shop) focusing on locally sourced venison.

As well as venison from The Highland Ridge Larder, the menu will feature products from other local suppliers (like Errington Cheese and Cyrenians Community Farm) and a delicious three course dinner will cost just £20.

Keep your peepers peeled for an exciting Fringe pop up from your favourite soda company. We're a little bit excited about this one…

Edinburgh-based craft soda company, Kitsch, are popping up at Bedlam Theatre from 4th August with a range of quirky sodas and ice creams on tap.

Try some Rhubarb & Thai Basil or Cucumber & Fennel soda along with Kitsch’s own soft serve ice cream to create a nostalgic ice cream float with a gourmet twist. Taking over The Merchants’ Hall on Hanover Street until 27th August, The A Club is a luxurious food, drink and live music pop-up from Arbikie Highland Estate.

As well as serving cocktails made from Arbikie’s own gin, vodka and whisky, the pop-up also offers delicious food, accompanied by an eclectic mix of live jazz, pop, folk and classical music.

During August, Patisserie Maxime are popping up inside the French Institute for Scotland to offer a Parisian-inspired afternoon tea.

Taking over the Institute’s Le Bistrot cafe, the menu includes a huge selection of sweet and savoury treats, such as homemade macarons, berry tartlets, avocado and prawn sandwiches and freshly baked scones and croissants.

Serving up their famous gyoza dumplings and yaki udon noodles, the street food stall will be open from 4th to 28th August.

A post shared by Top Edinburgh Restaurants (@top_edinburgh_restaurants) on Aug 2, 2017 at 10:34am PDT

Burger & Fringe is taking up residence in the Radisson Blu Hotel on the Royal Mile until the end of August.

The mouthwatering menu features a range of 100 per cent wagyu beef burgers, produced in the Scottish Highlands, as well as other classic dishes like North Sea battered cod and chips and 28 day dry aged rib eye steak. 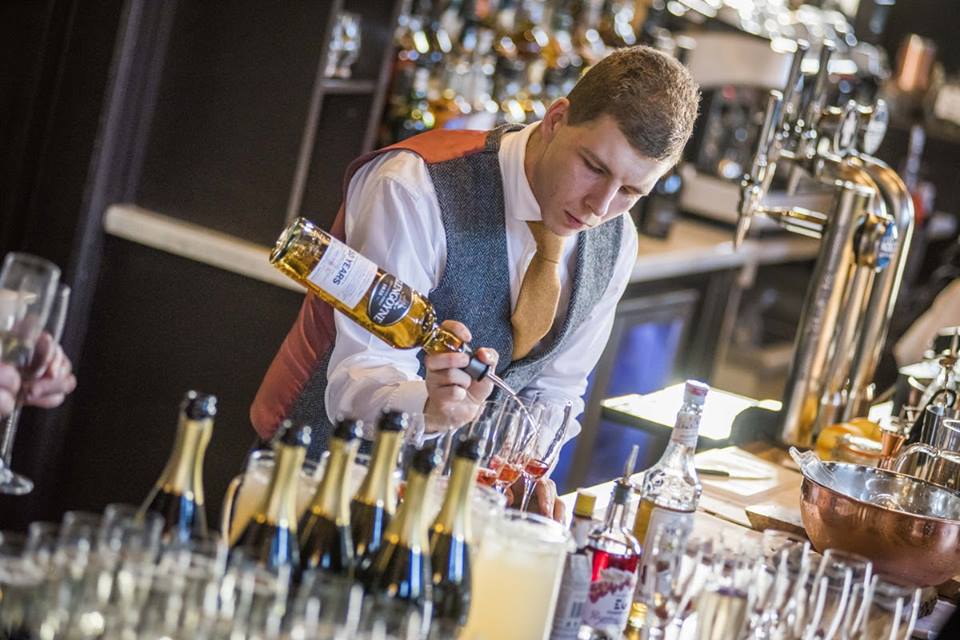 Every Wednesday to Friday (from 9th August), Contini’s Cannonball Restaurant will be transformed into a whisky paradise with the help of Glengoyne.

As well as a tutored whisky tasting, diners will also get to tuck into a seasonal two course supper, perfectly matched to Glengoyne’s whiskies.

Renowned Indian chef, Tommy Miah, will be hosting an Indian street food festival at his award-winning Raj Restaurant throughout the month.

Tuck into an array of authentic Indian street food dishes while enjoying traditional Bollywood dancing and music, from 4th August.

This comical interactive dining experience – based on cult TV show Fawlty Towers – returns to the Fringe for its 10th year.

Located in a new venue for 2017 (The Principal on George Street) diners can enjoy the hilarious improvised show as Basil, Sybil and Manuel serve up a three course meal. Popular Fringe venue, Queen’s Hall, is running a pop-up vegetarian cafe within their theatre during August.

Run by several original members of the Engine Shed crew (a much-loved Edinburgh cafe which closed recently after 25 years), the vegetarian menu will include everything from Japanese tempura and sushi platters to sharing bowls of chilli nachos.

Fife-based Cheesy Toast Shack are heading to the capital to offer up gourmet grilled cheese sandwiches, from their shack on Charles Street, every day during the Fringe.

Keep it simple with The Classic, filled with Scottish cheddar, ham hock and sweet onion pickle, or go all out with Mac n Cheese or Veggie Camembert.

Dram & Smoke are setting up camp in The Biscuit Factory from 3rd to 27th August to create a Campfire Feasts dining experience.

The four course tasting menu is inspired by the flavours and nostalgia of a traditional campfire, with gourmet versions of classic dishes like sausages, beans and chips.