Busker Andy Gregory picks out his favourite places to grab a bite to eat or enjoy a cheap pint during the Edinburgh Festival.

Whether visiting or peforming, the Edinburgh Festival can be an experience that leaves the best of us short on funds and in need of a feed.

Having grown up as a busker in the capital, I have accumulated a list of hidden gems in the city centre that offer food and drink on a busker’s budget.

Amidst a wealth of boutique restaurants and bars, here are a few affordable local favourites. A not for profit organisation that offers Michelin star recipes at agreeable prices, The Social Bite is Edinburgh’s favourite new social enterprise.

I’ve seen first hand the positive impact that this has had on Edinburgh’s homeless population, so make sure to grab a bite during a trip over to the New Town.

READ MORE: 7 of the best places to enjoy a whisky in during the Fringe Situated opposite the festival’s Udderbelly in Bristo Square, this fast paced venture brings authentic Thai food born of pop-up success. Their food is bursting with flavoursome spices and colour, guaranteeing a healthy yet filling meal.

Chef Ting and his wife, Ae, are garnering rave reviews, making Ting Thai a serious contender against some of Edinburgh’s bigger, more pricey names. Communal seating and bare brick décor adds to the warmth of a restaurant that brings a hint of Shoreditch to Scotland.

In keeping with the street vendor aesthetic, food is served in cardboard takeaway boxes at £3-4 for a small box, perfect if you’re in a rush to catch a show or can’t settle on just one dish from their impressive menu. Whether working from their trusty van, Dumbo (pictured), or their bohemian Forrest Road premises, Union of Genius are living up to their name. They offer an inventive and belly-warming selection of soups and salads that change daily, ensuring their status as a firm favourite of students and festival-goers.

Recently, they have extended the Union to team up with The Real Junk Food Project, an excellent pay as you feel scheme that uses discarded food to create top notch scran.

When paying normal prices, £4-7 will see you heartily fed with superfoods and veggies. With over 100 recipes at their disposal and plenty of vegan/gluten free options, Union of Genius is sure to become an integral part of your festival survival kit. Both a free community space for creative types and a vegetarian restaurant run by volunteers, Forest Café has been a welcoming safe haven amidst the city’s bustle since the start of the millennium.

Choose between a Mountain or a Molehill of nachos to go with your Forest Burrito. Alternatively, fill up on cheesy beans for just £3. If you’re going to catch some local music at one of their intimate gig nights, or just for a jam session with new friends, BYOB is recommended.

READ MORE: The hottest spots to grab some cocktails in during the Fringe 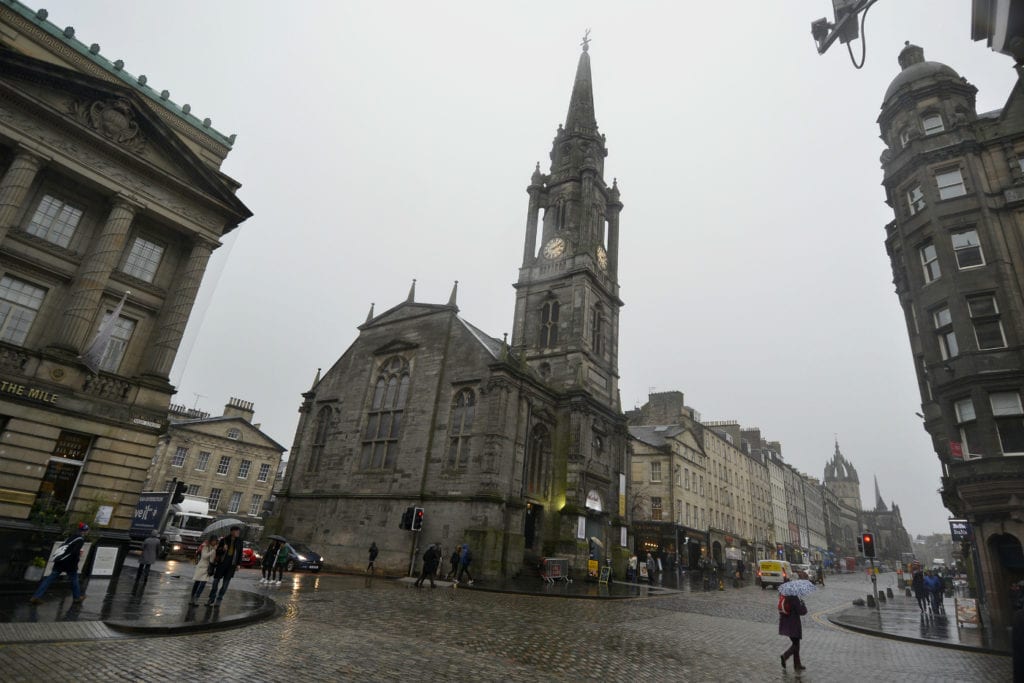 Open solely during festival season and run by Cameron Phair, the man behind some of Edinburgh’s most notable open mic nights, the Tron Kirk is located in prime Fringe territory.

Phair and his team utilise the Kirk’s whereabouts to bring you a mix of the best local talent and travelling musicians fresh from the Royal Mile. Enjoy back to back performances with a cold beer at grand wooden tables, letting the ethereal sound of the church wash over you as it entwines with each artist.

Don’t forget to tip the musicians – the Tron Kirk is part of the Free Fringe and performers depend upon your generosity. Phair’s open mic nights at Whistlebinkies and Stramash are also well worth checking out and only a two-minute walk away. Although the original Leith pub is worth a visit, the Brass Monkey’s central venue is one of the capital’s best-kept secrets and unbeatable during the festival.

Seek respite in its dark, conspiratorial corners or in Edinburgh’s cosiest room among heaps of cushions and fabrics. Here you can indulge in a daily movie at 3pm, being wary not to entangle yourself in accidental games of Twister as the night goes on.

The Brass Monkey attracts a varied crowd and is a popular spot for performers seeking a post-show beverage, which usually makes for an interesting night, with drink prices sympathetic to a performer’s budget. It seems that the team behind the Hanging Bat can do no wrong. Since opening in 2012 on the grounds of lovable dive, Mr Modo’s, the bar has gained a reputation for excellency amongst craft beer enthusiasts.

Their penchant for stubborn originality seems to have done them no harm – pints are replaced with schooners (two-thirds of a pint) and they are Edinburgh’s first bar to serve home brews. Friendly, knowledgable staff and humorous touches keep the Hanging Bat’s feet refreshingly close to the ground.

While not as friendly on the bank balance as other bars on this list, sampling their range of beers and home brewery ambience is a must. Oustide of festival hours, Rose Street is Edinburgh’s busking hub and home to an ecclectic selection of bars. The fact that the Black Cat is frequented by Rose Street bartenders, waiters and buskers speaks volumes of its appeal. A traditional Scottish pub with an urban flavour, The Black Cat serves a tasteful selection of Scottish ales and a gantry full to the brim with malt.

The decor lands narrowly on the right side of the line between charming and gimmicky, although dimmed lights and good whisky help one to abstain from judgement.

Open folk sessions every evening give the chance for those looking for rustic Scotland to whet their appetites within walking distance from the Fringe’s main action.

Andy Gregory is a musician and freelance journalist who grew up busking in Edinburgh. Alongside graduating in music at Leeds University, busking has taken him all over Europe and Asia, while he writes his debut album under the moniker Primitive Streak.