Get a true taste of Edinburgh with a visit to one of these traditional no-nonsense boozers.

With plenty of whisky, real ale drawn from real taps and not a hipster beard in sight, here a few of the best traditional pubs in Edinburgh... 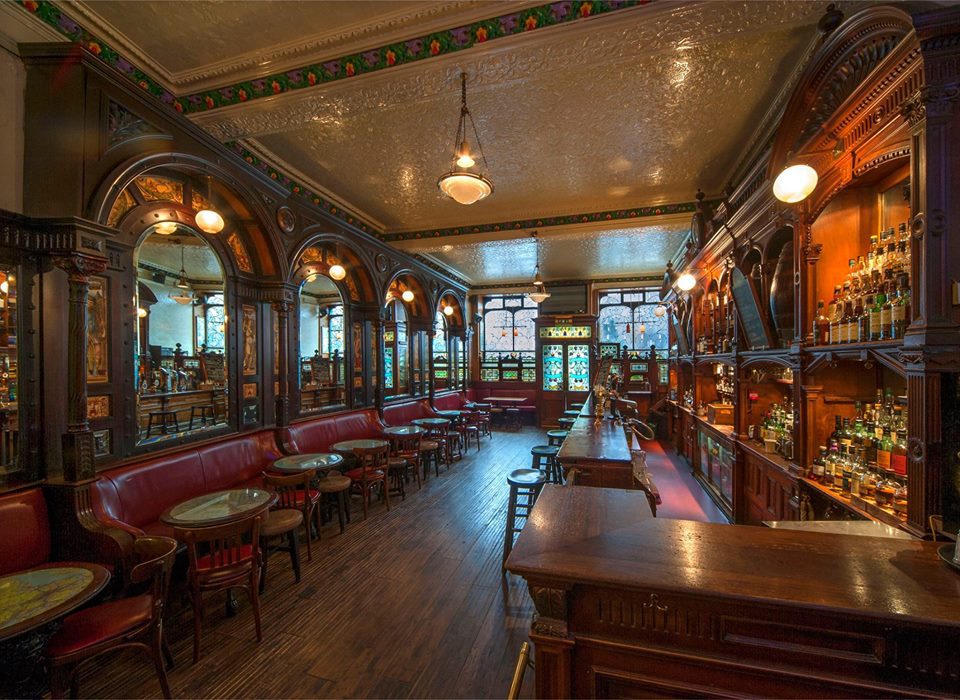 Stained glass, solid wood fixtures and flooring, brass fittings and large mirrors really invoke the age in which this wonderful bar was made.

Little changed since its opening in 1839, Bennets has a wonderful atmosphere bolstered by theatre fans, thespians, tourists and students looking for better value beer than a £6 schooner.

Real ale, whisky and a menu filled with pub classics (try the crispy crumbled Haggis Balls) this is the perfect place to escape the crowds and while away the afternoon with a "hawf and a hawf". The Oxford: filled with character (or should that be characters). Picture: TSPL

Fans of legendary Edinburgh detective John Rebus will already ken this place well, an Edinburgh institution since its inception at the end of the 19th century (1893  in fact).

Literary ties aside, the bar itself is a true throwback to the city bars of old and another shining example of the country's rich pub culture. One of the top folk music venues in Edinburgh, small and cosy pub Sandy Bell’s is just about as traditional as they come.

The music sessions – which have been held here since 1942 – are world-famous amongst folk musicians and offer patrons the chance to join an impromptu band in between pints.

Come for the music, stay for the atmosphere.

Bars don't come more eccentric (or as fun) as the Canny Mans, opened in 1871 and passed down through several generations of the same family, this is a real taste of the past.

The bar is full to the brim with collectables, bric-a-brac and vintage treasures, all with their own unique stories from over the years. Chef Rick Stein has even dubbed it “the best pub in the world” and it has one of the best whisky collections on this list. Styled on those magnificent gin palaces of old, the Cafe Royal is a shining example of grand city bar with an impressive Victorian circle bar, elegant stained glass and white marble floor.

The bar opened in 1863 and has remained virtually the same since then; the whole building and its interior were listed in 1970.

Look out for the perfectly preserved ceramic tile murals depicting inventors and scientists from The Cafe Royal’s Victorian heyday. Located in the historic port of Leith, Noble’s Bar has been around since 1896. Although the menu has had an update since then to include gourmet food and cocktails, the interior of the bar has hardly changed at all.

Look out for the beautiful nautical themed stained-glass windows, some of the most interesting and well-preserved Victorian stained glass in the city. Initially named the Gravediggers Arms (and still referred to as the Diggers) due to its location between two graveyards, this Dalry public house has a genuine old school feel, with an authentic décor and a welcoming atmosphere.

If you’re looking for an Edinburgh institution steeped in history, then look no further.

15 Edinburgh pubs and bars with an incredible atmosphere